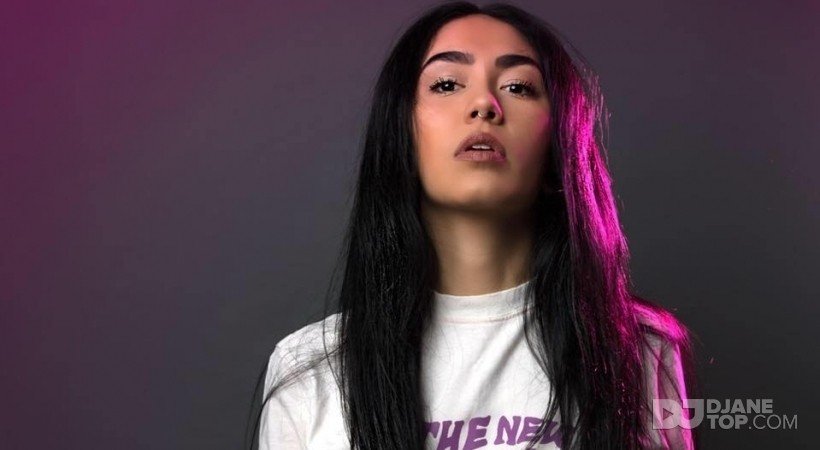 Yoshiko aka Giada Morone was born in Italy to Brazilian, Japanese and Italian parents. She began to listen to hardstyle music at the age of 14 and then quickly moved onto hardcore. Yoshiko is the name of her aunt, who played a defining role in Giada’s Japanese family. Her stage name is an ode to her Japanese family that move to Brazil after the Second World War and her inspirational aunt who grew up her mother when she lost her mum prematurely.
When she turned 18 Giada went on a trip to Holland to experience A real Dutch festival . After this she went on a 27 trip tour to be part at the most famous hardcore festivals in the world, including masters of hardcore, dominator, footwoorxx. After finishing high school, Giada decided to make Holland her new home, so that she could concentrate on her passion: hardcore. She has spent her years here experimenting, discovering and mastering hardcore composition and live performance. What started as a playful side project became a full time obsession. In 2017, the dream of performing to a wide audience became a reality and Yoshiko had the opportunity to perform at e-mission festival. In 2018 she joined the Traxtorm family, and if anyone is to thank for their endless support and mentoring it it would be F Nøize and Da Mouth of Madness.
In February 2018 she makes her tribute in the hardcore Dutch scene and performs in the mainstage of "hardcore4life". In April she took part in the live “hardcoreradio” show and in May 2018 she took part at "harmony of hardcore"!
In the summer comes her first single “Pop it” which makes her take part in some of the most important summer festivals like Hardcore 4life, Defqon 1, E-mission and The Qontinet.
Her second record is ready and it will come out in January 2019 and while she is working on her first collab with artist and friend Lady Dammage.