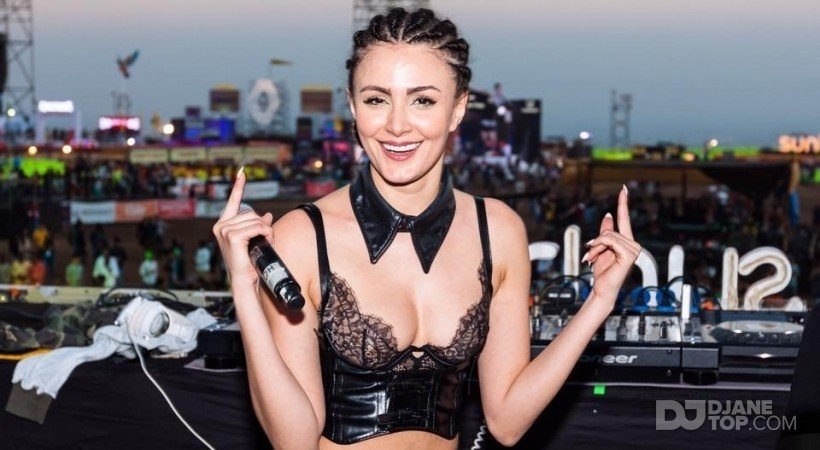 Award-winning Canadian performer Tara Mobayen, known as Miss Tara, is an internationally recognized DJ, songwriter, and music producer. With her releases topping the charts on iTunes, Billboard, and Beatport, and playing alongside David Guetta, Dimitri Vegas & Like Mike, Martin Garrix, Kshmr, and others, she has quickly made a name for herself in the electronic music field. With years of playing underground sets, Tara has been able to develop her own signature sound that fuses mainstage music while staying true to her heart and roots.
Coming on the heels of both her South America and India tours in late 2016, she’s now released her double album, “Let’s Live!”, earlier this year. Featuring 25 original tracks plus remixes, including collaborations with acclaimed singers Terri B, Eric Carter, the Indian superstar Sonu Nigam, and Melky Jean the sister of legendary Grammy winner Wyclef Jean, “Let’s Live!” hit Billboard, iTunes, and Beatport charts worldwide. Having ranked #1 on Beatport Electro House Top 100 Releases and on the Top 10 iTunes electronic charts in countries such as Canada, France, Belgium India, Mexico and United States, the future looks bright for this ever-evolving artist.
Tara also holds coveted memberships to the Recording Academy, Internationally known for the GRAMMY Awards ; The ‘American Society of Composers, Authors & Publishers’ ASCAP and Europe’s ‘Society of Authors, Composers & Publishers of Music’ SACEM, further asserting herself as a serious industry player.
Her storytelling music, dramatic fashion, and dynamic stage-presence, find her showcased internationally: from performing on the mainstage at music festivals moving thousands of frenzied fans – such as Xpotronica (Ecuador), Sunburn (Asia’s biggest electronic dance music festival) and others – to the late night ragers at clubs, to sunset sessions poolside, and to red-carpet grooving at galas. Supported by a cult-like posse and engaged, global social-media following, her sets are in-demand by iconic brands including Nikki Beach, Armani, Sunburn, Escada, Toronto Fashion Week and renowned international venues.

She is currently making new beats to unleash right after another. Tara has new ideas lined up and ready to execute with some of the most authentic sounds to say the least.

Apart from her music, Tara dreams of one day having a giraffe in her backyard, but in defiance of her head being stuck in the clouds, she has both feet set firmly on the ground. Drop her a line.