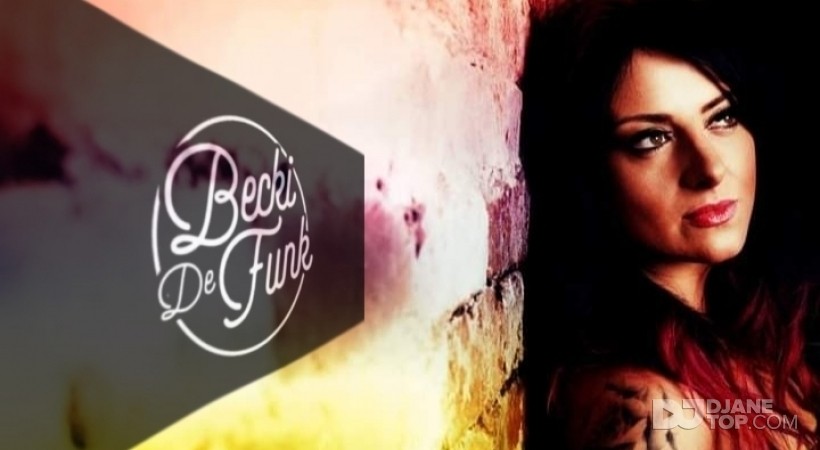 Becki De Funk is one of the most committed DJs in the business. A music ambassador, a veteran of house, a producer, a champion of other female DJs and the epitome of a true music enthusiast. Deep disco vibes with a G-House edge run through her veins. Whether it’s an Ibiza boat party, a prestigious set in Mumbai, a gritty warehouse or a VIP event, Becki never loses sight of her passions – playing music, slaying a room and celebrating life.

Just the last few years alone, Becki’s track with house veteran Danny Kane, ‘Do Me Right Now’ has been signed to Groovedigital records, she featured on the documentary "Behind The Decks" and is currently working hard behind the scenes on her new EP along with Ade Robinson under their alias Plain LOCO , set to debut on BBC Radio 1, a regular on BBC Music Introducing ,and already having releases on Open House Deep,  and Brazil's monster label G Mafia records; it's fair to say the next 12 months are going to be explosive!

Becki De Funk began DJ life 20 years ago mixing vinyl in bars and clubs on Technic 1210's. She has built a solid fanbase through her unique, energy-filled sets and successful production. Her distinctive sound originates from good, solid house music. Adapting her style to an event is a skill Becki holds, making her extremely commercially available.

With her DJing in high demand, Becki has cemented her status as a skilled mixer and producer. She holds residencies with some of the countries most esteemed house brands and recently spent time in Phuket, spinning tunes for the world famous Miss Moneypenny’s. Pretty impressive for a self-taught brummie lass!

Becki was selected as the DJ for SOUL by Ludacris headphones, has performed for Cosmopolitan Magazine, was the DJ for the VIP launch of F-Type Jaguar and the official DJ for the launch of the London store UGG Australia, not to mention being a firm favourite with Signet Jewellers at their annual conference! She’s played with world famous DJ’s, travelled continents and earned her status as a leading international female DJ.

Having her own bi-weekly online radio show with viewers totalling up to 5k for each video, certainly keeps Becki current and popular.

Very few female DJ's stay relevant for almost two decades. Becki has the edge, music runs through her and it transcends through the crowds when she plays.