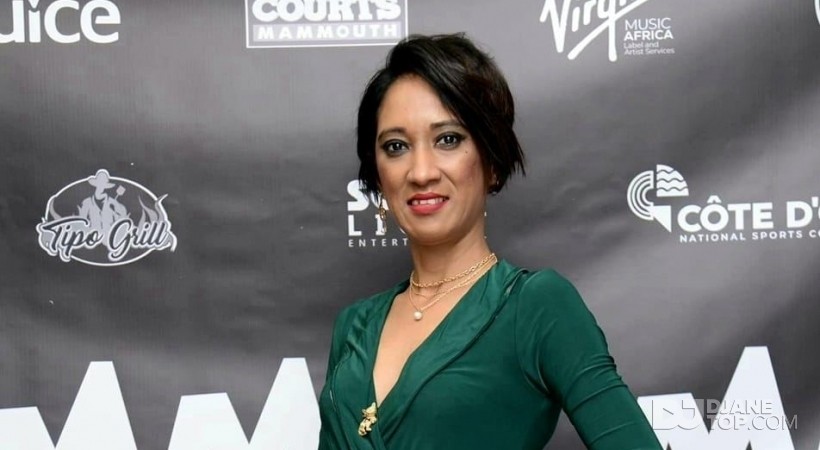 FREELANCE DJANE REGIONAL/INTERNATIONAL
·Biography.
Sabriyah Jamalkhan aka she Devil born in Mauritius. Passionate with Music since her very young age, being public relation officer in 1997 at The Palladium Night Club is the fruit of her success. In the same year, she became a model for Anais Elle Agency then continues her career as a model at Mazy Agency for two more years.
It was during the year of 2002 that she met Alan B Mauritian deejay who introduced Trance in Mauritius and founded together with Dj Gothika the Technokratz Music Entertainments; with their knowledge they gave the chance to unknown Djs to become well-known. They began successful organizing more than 30 gigs in 10 years with their main sponsor RipCurl Mauritius, in all Clubs around the island of Mauritius, mostly Progressive House, House, Techno, Commercials hits and Uplifting Trance.
She started to work at Indiana in 2007 as a bar manager and in 2008-2010 she became the marketing manager of Midnight Express (Mont Choisy) and The God Father (la Cuvette).
She enjoys listening to different styles of music and learned to mix through Alan B, Gothika and other famous deejays on the island.
Her first experience as a DJ began in private parties in 2005 and in 2014 she was convinced and enlisted by her friends and participated in the Ministry Of Sound DJ Academy. With more than 100 participants, she was selected among the 25 best deejays, which is a great success. She officially became the DJ she dreamed of. Her musical tastes range from uplifting Trance, Euphoric, House, Electro House, Deep House, Commercials Remix Music, Vocal Trance, Trance, PsyTrance. In fact, she has adopted her own style which is EDM, Dirty Dutch, as her priority and signature. Her goal is to share with other sounds own style of Electronic Dance Music.
In a short time on stage, she was quickly appreciated for her style and choice of music by promoters and club owners.
Also lucky to play alongside the most famous Djs of Mauritius such as Dj Franky, David Jay, Tony Montanna, Emmanuel Savanah, Dj Ferguson, Dj Preet, Francois Li, Deejay Yankee, Jimmy Gaselle, Ruben, Jean Domingo and many others .
In 2016 she was officially invited to be the female Dj at Le Suffren Caudan for 1 year and Resident Dj at Lux* Grand Gaube at Beach Rouge in 2017-18. She has played alongside international Djanes in Mauritius such as Djane Litchi and Djane Mia Rudich and Djane Sarah de Araujo and Kiraz.
In November 2016, she had the opportunity to represent Mauritius as a female DJ in Madagascar for the 3rd edition of Spring Break Indian Ocean and she was honored to play alongside Simon Sim of Reunion and Ceeryl Chardonnay of France.
Since 2014, she has played more than 100 times in clubs and hotels around the island that is successful and she is the most demanding Dj of the island
.In 2017 she became officially the No.1 Djane in Africa No 15 2018 and No 30 in 2019.
In 2021 she win the competition on EdmDroid Asia and No1 Sexiest Dj In Mauritius.
She represents Mauritius on https://djanetop.com/djanes/she-devil /.
She Devil is the official Mauritian Djane and registered on www.djanemag.com/djanes/she-devil
www.thefdjlist.com "The list of female Djs"
www.vendjs.com/SheDevil.html
Where there are all the women Djs in the world that is most recommended.
She has participated for the Gold Mix Indian Ocean 2016 which she turned on 2nd position.
And also played for the Sunburn Beach Festival 3rd edition Ibiza in Mauritius.
In 2018 she has created TKZ Dj Academy https://www.facebook.com/tkzent/ where she is the mentor and gives courses to beginners and supply them in clubs and hotels to give them the chance to performed. She is the owner of Technokratz Music entertainments where they supply sound systems and lighting in clubs and hotels.
Her wish is to raise her Quadricolor flag abroad as a Mauritian female DJ.
Facebook page: https://www.facebook.com/officialSheDevil/
Instagram: https://www.instagram.com/shedevil_sab/
Mixcloud: https://www.mixcloud.com/She-devil/
Videos link: https://www.facebook.com/konetou/videos/598880450655912/?t=629
Mauritius official press: https://www.lexpress.mu/article/325121/deejaying-she-devil-classee-premiere-djette-region-africaine