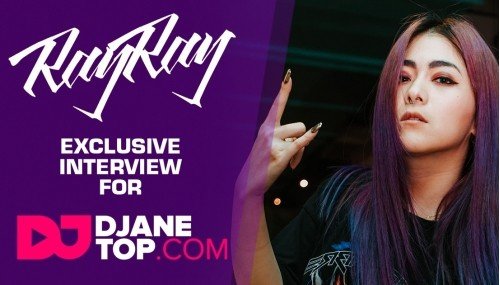 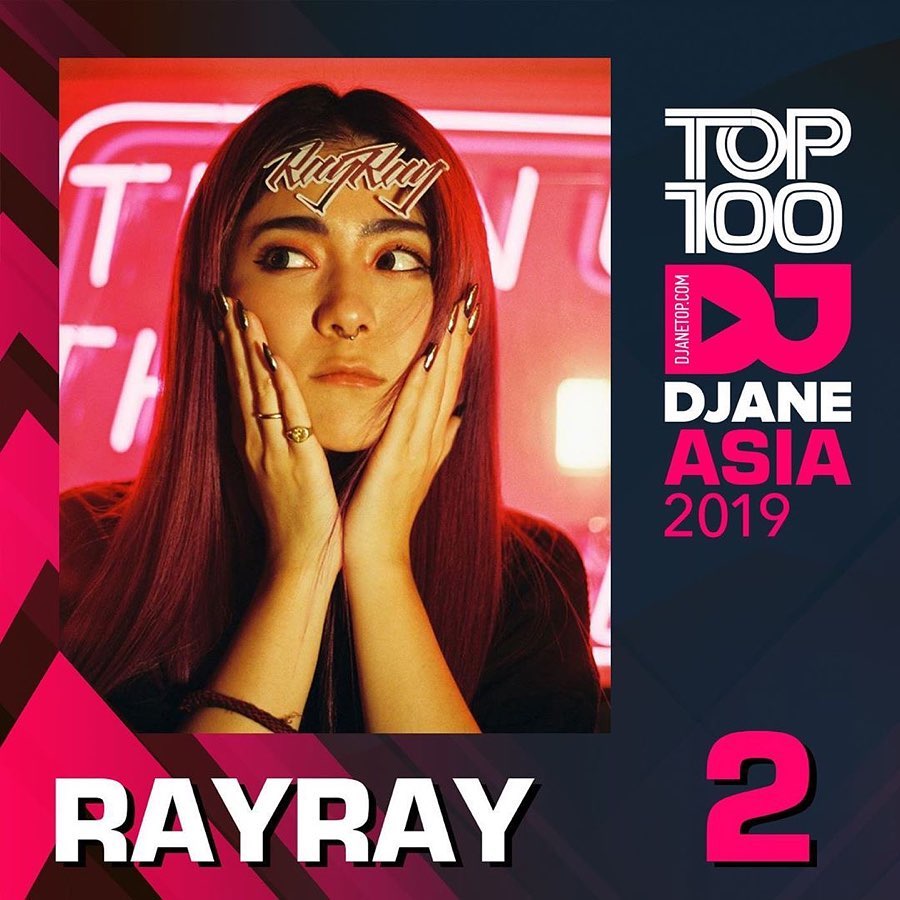 DJANETOP: Hello, DJ RayRay! We are so pleased by the fact  that you have accepted invitation to give interview for our site.
We want to congratulate you once again with place #19 in our TOP 100 world best Djanes of DjaneTop in 2019 list and #2 in TOP Asia list. We hope and we wish you to get higher position this year.

DJANETOP: So let's talk about the beginning - when and how your DJ career was started?

RAYRAY: At a young age, I was into Hip-Hop, R&B, Funk, and Soul music, and I started learning turntablism and the cello. After getting into the Hip-Hop music scene in Taiwan, I was crowned champion of the 2013 Red Bull Thre3style DJ competition. The same year, I presented Taiwan to Toronto in the International DJ Championship. After that, I focused on my own music productions, I produced tracks which have been used in several films. By using the name "Wifi Grapes" as my alter ego, I have been paid more attention on making experimental beats. In 2016, I was selected as the participant of Red Bull Music Academy in Montreal. I was being invited to perform at SXSW, ADE in Amsterdam since 2015, Glastonbury UK Festival in 2016, 2017, and 2019, and the Midem France Music Festival in 2016, many many more. Last year, I dropped my second EP “Alien Invasion” on Barong Family establishing fame as the queen of Bass Music in Asia music industry. 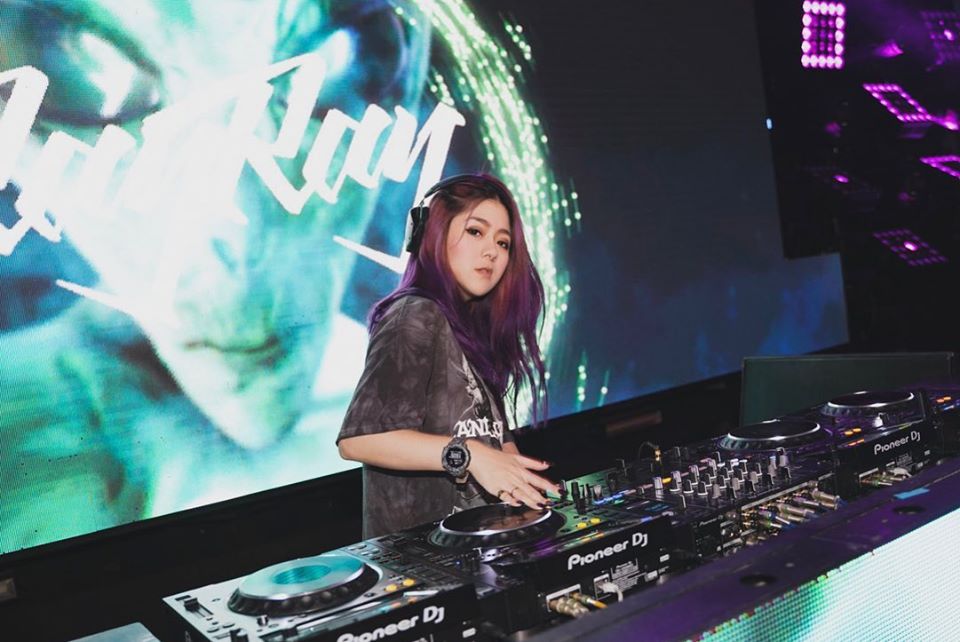 DJANETOP: Who was your tutor of DJing?

RAYRAY: I’d say a lot of dope turntablists from Taipei such as DJ Afro & DJ Mr. Gin. We grew up together, and learned from each other.

DJANETOP: Try to remember your first gig. When and where did it take place? Did you nervous a lot before playing your first DJ set ever?

RAYRAY: I think it was in Taipei back in 2009. I performed at the club called LUXY, and it was also my first club residency. I was really nervous but also excited at the same time. 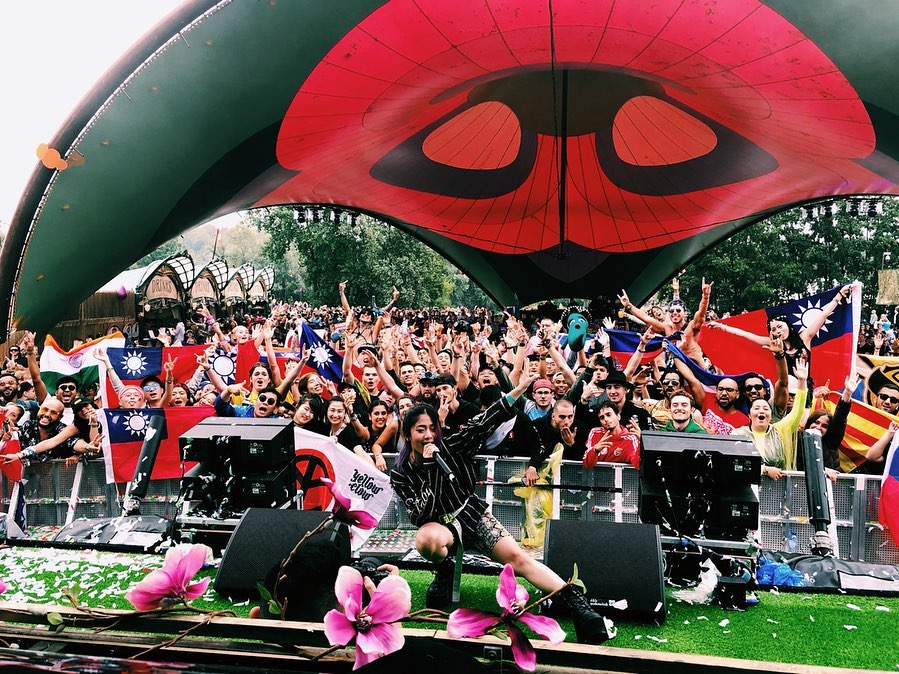 DJANETOP: Tell about the best/worst of your performance ever. Where it took place and why actually it was best/worst??

RAYRAY: My best performance was during my India tour with Yellow Claw last year and of course the iconic Tomorrowland. Besides delivering good sets on my end, the crowds and overall vibes were something super crazy which you don’t see all the time.

DJANETOP: You were selected as a participant of Red Bull Music Academy 2016 among the 70 worldwide artists, tell us about it? What did you feel?

RAYRAY: That was the 2nd time I applied for the Red Bull Music Academy and I was really excited that I got selected. I had 2 weeks of studio sessions and lectures with very important artists in the music industry, such as: ‘Black Madonna’, ‘Kaytryanda’ and many more. I learned how to use analog instruments to make music.. at the same time I got to work with all different artists from all genres. It was quite experimental but I learned a lot from it. 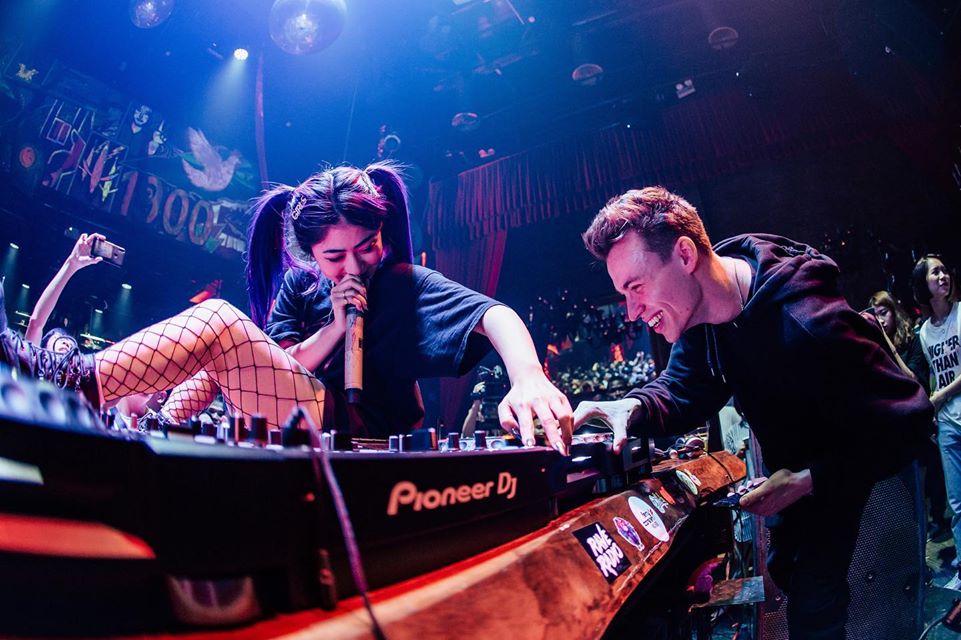 DJANETOP: You produce music and during the last year you have released 14 tracks. When is your next release?

RAYRAY: I make all my own music, but it’s always fun to collab with other artists to add different flavor into my music. I have 6 tracks coming in March. Being part of a very big project. Stay tuned.

DJANETOP: You are celloplayer. Do you use this sound in your tracks? Or you play cello during your performance?

RAYRAY: Yes. I did it one time at my friend’s event. I would love to fully combine my cello skill into my live set one day. 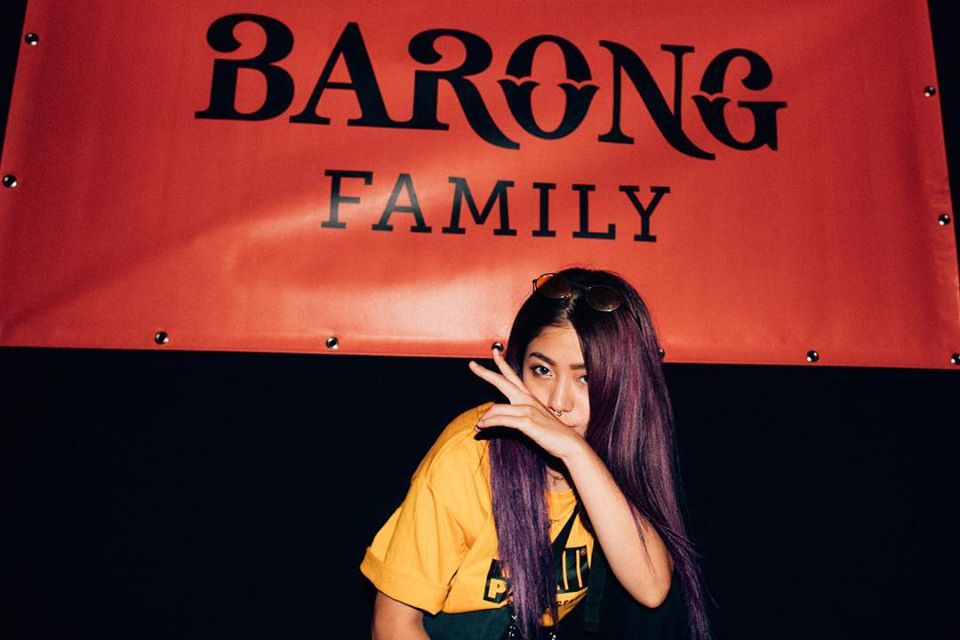 DJANETOP: You are one of Barong Family label’s artists. When did you start to cooperate with them and how many releases do you have with this label?

RAYRAY: I started to work with Barong Family since 2017. I release two EP “Purple Alien”, “Alien Invasion” and a lot of collabs on the label. Last year, I eventually signed to Yellow Claw.
I'm really grateful they gave me these opportunities to work with various artists from around the world, and now they are trying to help push me with my music career by signing and co-managing me with my manager Alan. 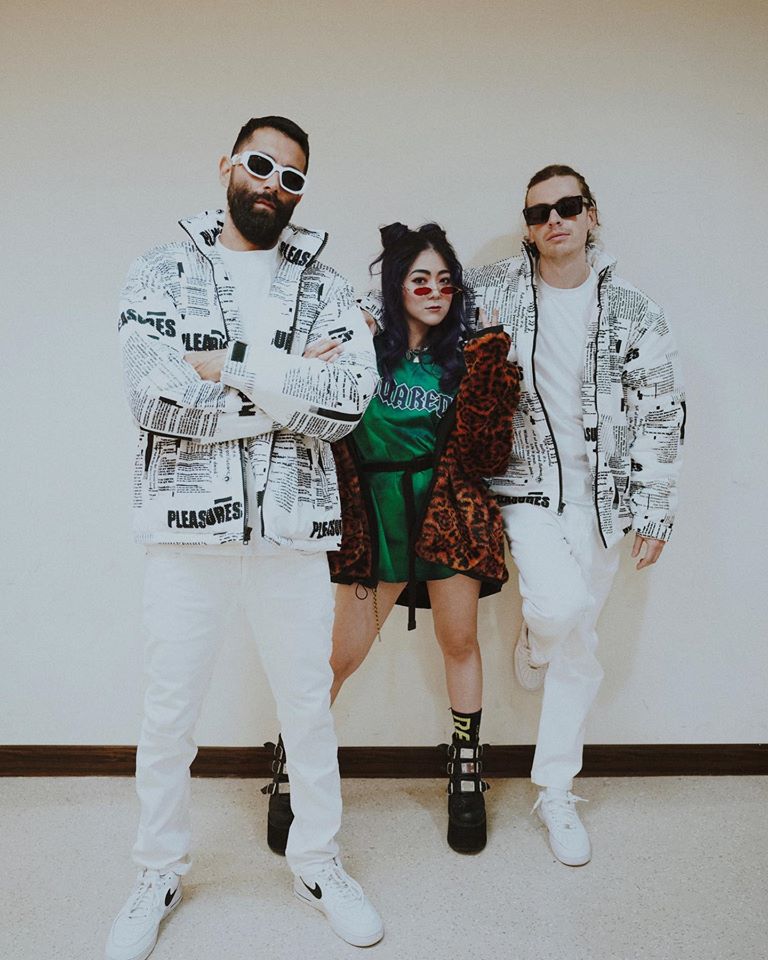 DJANETOP: Recently you performed with YELLOW CLAW. You was invited only as a singer? Whose song was that?

RAYRAY: That is our new track called “Laser Gun”. Recently I did a lot of vocals on my own production and also in collabs. It’s a good opportunity to try something new in the set besides DJ.

DJANETOP: Share with us your experience about DJing in Taiwan, about clubs, festivals and another DJs. Maybe you have a lot of friends among famous DJs?

RAYRAY: I play at clubs in Taiwan, and around the world. Taiwan’s music scene is more about EDM right now, but people still can accept different kind of music as long as you introduce it to them. I think mixing some local elements into your set when performing will be a nice idea to connect with the crowds in different countries. For example, I like to use the local raps and make them into bootlegs. Using the native languages to get closer to the crowds, and making your set even more interesting. No matter where I am performing at, I always like to ask around about the music scene and stories. I think traveling around the world, and experiencing different music cultures is the best way to learn something new. I enjoy discovering new music styles and bring them back to Asia and Taiwan, same thing goes to, I can always bring something new to the world when I’m on tour. 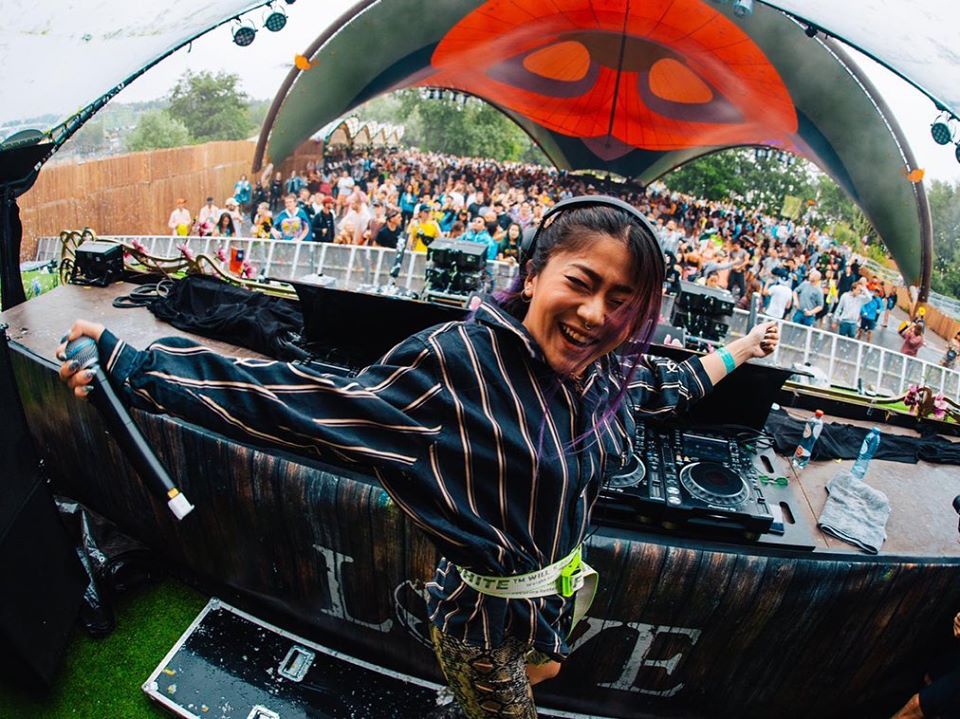 DJANETOP: You performed at Tomorrowland last year, can you share with us your emotions about it? A lot of DJs dream about performing at this festival.
RAYRAY: It was really fun, I played at the Barong Family stage. It’s always nice to perform with your label! I also really enjoyed the whole festival… great atmosphere, good crowd, good production, and amazing people! Looking forward to playing there again.

DJANETOP: What was the most memorable festival you performed at?

DJANETOP: Tell us about your favorite DJs worldwide, someone of your friends or someone who inspires you?

RAYRAY: I started making music because of DJ Shadow & J Dilla.. they inspired me to combine hip hop and modern electronic music together. Noisia are also one of my all time favorite DJs.. whenever they released a mixtape or production I instantly got inspired and non stop listened to them. Skrillex also taught me a lot about music production and changes in the music scene. To be honest I learnt a lot from everybody I look up to.. no matter if I know them or not. 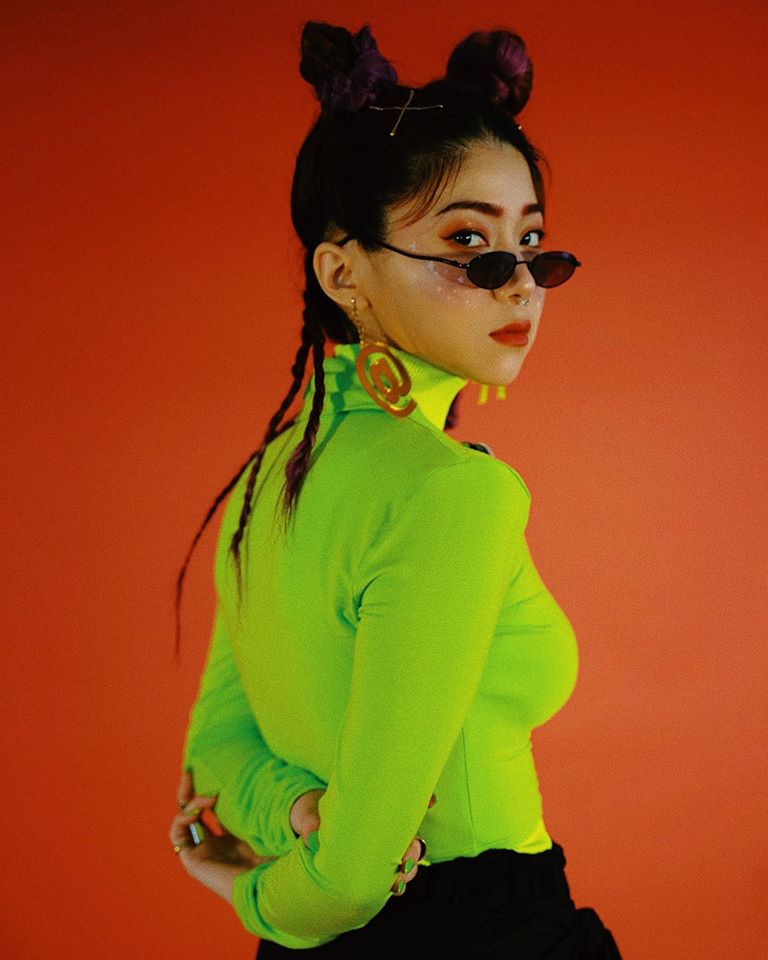 DJANETOP: Can you name us TOP 5 of your favorite places in the world where you have been and where you want to go?

RAYRAY: I like to explore different cities and cultures in the world. Traveling and meeting people are two of the greatest parts of being on tour. I’m always impressed by the local architectures and the music scenes. Tokyo and Jakarta are two of my favorite cities. Sometimes, I will just spend the whole day in vinyls shops in Tokyo, or just walk around Harajuku to find some inspirations. The Jakarta crowd is one of the craziest. They will give me the loudest screams and dance throughout my set. Besides all these amazing cities in the world. I always feel warm and loved in my own city Taipei. the music scene here is diverse and flexible. People are very open-minded to music, and everyone has their own tastes and senses to music. Of course, we have very delicious food!
These are the cities I really like: Amsterdam, Tokyo, Taipei, Jakarta, and Montreal.

These are the cities I really want to go: New York, Cape Town, Miami, Morocco, and Ibiza.

DJANETOP: Share please 5 facts about yourself that no one knows.

RAYRAY: I like french fries. I love whisky. I like cold weather more than hot weather. I’m 157cm tall when I’m not wearing my big ass shoes. My purple hair is real.

DJANETOP: What plans do you have for the nearest future?

RAYRAY: This year I’m going to try and focus on expanding my brand to the US and Europe and I definitely want to make and release more music with the bigger household names. Another big goal of mine is to work on my own production focused show including a liveset from myself etc.DJANETOP: Share please 5 facts about yourself that no one knows.

DJANETOP: Give your top clues for female DJs that are at the starting point of their career.

Be yourself.
Keep making music.
Keep practicing.
Keep learning wherever you go.
Be grateful. 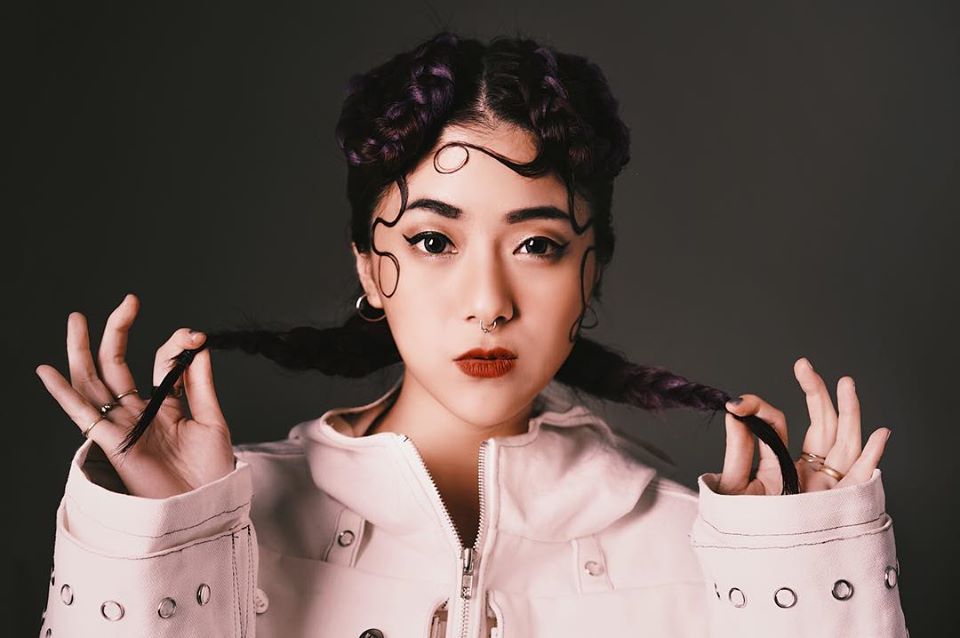 Thanks again for the interview for DjaneTop.com. We wish you a lot of parties and can't wait for new releases from you!