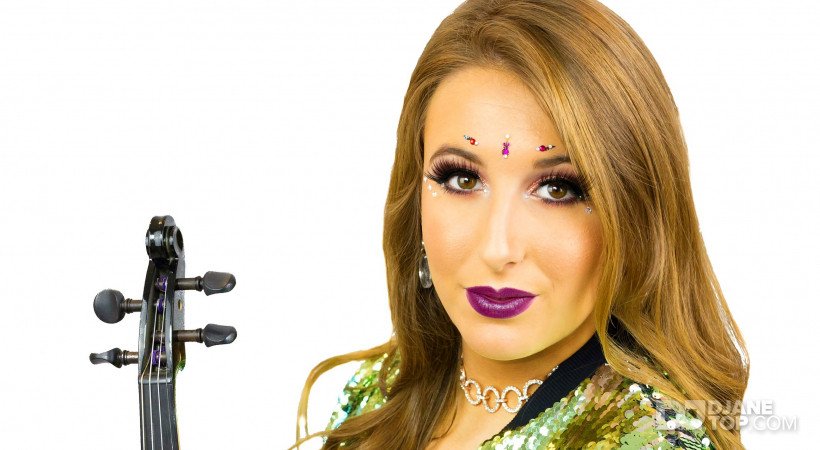 Since Tamara was 5 years old, music has been her life. In just under one year, Tamara has already sky rocketed in the DJ industry. Her unique DJ sets with the incorporation of Live Electric Violin turns heads wherever she plays.
Tamara lights up the room when she enters with her amazing energy, stage presence, sequinned outfits and shiney shoes. Her song selection of Electro House, Big Room, Melbourne Bounce and Commercial tracks get the club pumping and allow her to incorporate and showcase her dazzling violin skills.

Tamara developed an interest in mixing music at the end of 2014, where she avidly began to teach herself. In 2015, she entered the DJ competition, Your Shot and placed as one of the finalists. From there, people could see that Tamara was a force to be reckoned with.

Tamara has taken any and every opportunity that has come her way and has really put her name and brand out there to gain a following. Having managed and promoted herself for the last year Tamara has now played at some of the busiest and best known clubs in Victoria! This includes the number 1 nightclub in Victoria; Cloud Nine, along with Lucky Thursdays, Pandora, Cruze, Eureka and the list goes on! She has also played at events such as the Colour Ya World Fun Run and the Dreamland Festival at Luna Park!

Tamara has 17 years of experience in music having been classically trained in violin, she now has goals in producing her very own originals that will have a heavy emphasis on her fiddle.

Tamara has many collaborations in the works at the moment with some big names in the industry. She can't wait to show you all what they sound like as it's probably like nothing you've ever heard! These will be getting released very shortly so stayed tuned!

As Tamara continues to progress and accomplish achievement after achievement, she is an artist to keep a close eye on in the coming months as she is shaping up to be one of the hottest up and coming female DJ's within this highly competitive industry.