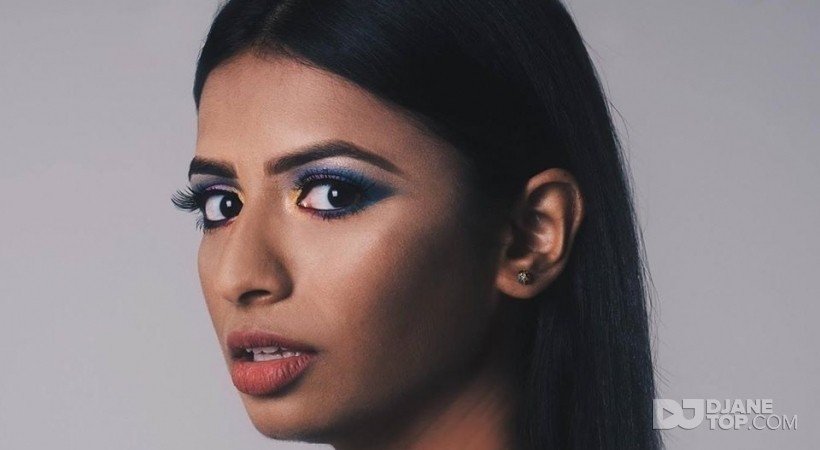 DUSK. That's where it starts.
The mood, the time, the energy, the darkness, the state-of-mind required for anything remotely STARA.

8PM. STARA sets herself in a league of her own as a true entertainer, creative all-rounder and real force to be reckoned with. She checks the time. She's never late. She arrives at the scene with a vision to create art that is out of the ordinary.

9PM. She meticulously crafts a bold, dusky soundscape that borrows from many musical realms and seamlessly comes together to form one complex melting point. Your new persona is triggered. The essential tones of mystery, eeriness and darkness will engulf your world through a sonic amalgamation inspired by Electronica, Trap, Hip Hop, her Indian roots and everything Old-School.

10PM. Her music bursts out passionately, diving into the madness orchestrated by STARA's philosophical beliefs, fascinations and social rants. "I want to push myself, break boundaries and just be unapologetically me" she says.

11PM. In 2016, STARA took out the iHeartRadio and The Edge 96.1 national DJ competition in Australia and received an exclusive studio and mentoring session with the multi-platinum selling duo, The Chainsmokers.

12AM. A new day. A new cycle. A new era. Born and raised in Sydney, Australia, one of the most memorable achievements for young-gun STARA was placing 3rd at the Showcase National Dance Championships in Queensland. "Hip Hop dancing is what made me fall deeply for music and the stage. For that reason, music is something that I feel internally and externally as an outlet through dance, which plays a huge part when I create it. Bringing in epic Hip Hop choreography and real performance to a DJ set allows me to connect with my audience in a whole new way. I just love playing an unpredictable switch up between Dark Trap, Hip Hop/Rap, Bass House, Twerk, Rnb, Dancehall, Old-School as well as introducing some edgier underground artists and sounds that I love, to the crowd."

1AM. STARA's supreme work ethic and versatility has driven her to do everything on her own terms. "I just became so attached to the creative process and the value of my artistic opinion, and realised the best way to authentically channel all the passion and crazy worlds I create in my head, is by learning to do everything myself." As a full-scholarship graduate from Sydney University, extensive planning and research is a given for this all-embracing nerd but child at heart. But that's just the start. STARA acts as the sole producer, songwriter, vocalist, choreographer and visual director for most of her creations, so it radiates as much truth and realness as possible. "With my project, you'll either get it or you won't. It's a particular taste and feeling you believe in. For all the like-minded people with whom it resonates with, I hope you discover a new side to yourself and the world, that you never knew existed."

2AM. An accumulative 1 million+ streams can be found on her independently-released 'CHAPTERS' project between 2016-2017 [NUMB3R5, 10 YEARS, 2 BROWN, THE 6TH SENSE], including radio airplay across Australia, the USA, Canada, Russia, France and more. Not to mention, COMPLEX (AU) featuring STARA as "one to watch this year." No biggie for this time of day.

3AM. The silence of night is broken. We welcome the release of STARA's highly-acclaimed and ambitious debut EP, 'simulacra' in March 2018. Her independent project sparked a huge response of admiration, including bold reviews from Purple Sneakers (AU), DJaneMag (UK), Brown Girl Gang (AU) and Pretty Broad (AU) as "the most unique thing you'll hear", "it's not that often an artist leaves you stunned and speechless", "it's so different and so fresh", "a powerful, overarching concept that both delights and terrifies", "intense, brooding and totally lasting", "a firm grip of your undivided attention and you're not about to let go." With the global success and visionary sonic, visual and thematic execution of 'simulacra', STARA announced her 'simulacra USA West Coast tour', and played packed headline shows throughout LA, Portland, Seattle & Las Vegas. STARA leaves off, "I'm not here to mess around. This is one hundred percent who I am. I'm really focussed to be the best I can be. Goodnight world."

5AM. Darkness is displaced. Realities sink in. Waiting for dusk to approach me again and again…