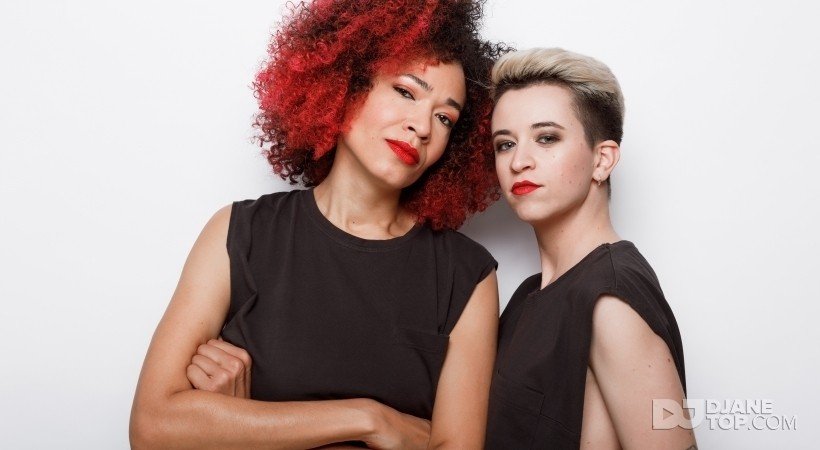 This Portugal/Brazil partnership was born in 2009, for the production of a party targeted for women only - the Intima Party.

Since 2015, launch year for the DJ Duo SINDYKATZ and until nowadays, they are verified presence at the biggest LGBTQI european parties and festivals, like Matinée’ s Girlie Circuit.

SINDYKATZ are a music fluid Duo, that goes from originals to the most electronic sounds like House Music, Pop, Pop Remixes, Urban, Tribal, Latin, Progressive and EDM.

Both Mariana (the portuguese blonde half) and Luma (luso-brazilian brunette half) started djing in 2006, at private and public events and clubs all over our base country (PT) and others like, Spain, France, Germany and Luxembourg.

FAN FACT
Lesbian visibility still looks like a mirage in Portugal, but Mariana and Luma face it.

The couple participated in the series "It Gets Better Project" and have also starred in the first kiss between two women in a generic of a Portuguese primetime soap opera.

In 2016, they were awarded Couple of the Year by a LGBTQI digital national magazine. On top of all that, they have been invited to play in national's VOGUE anniversary party in 2017, where they also featured a special printed issue of the magazine.