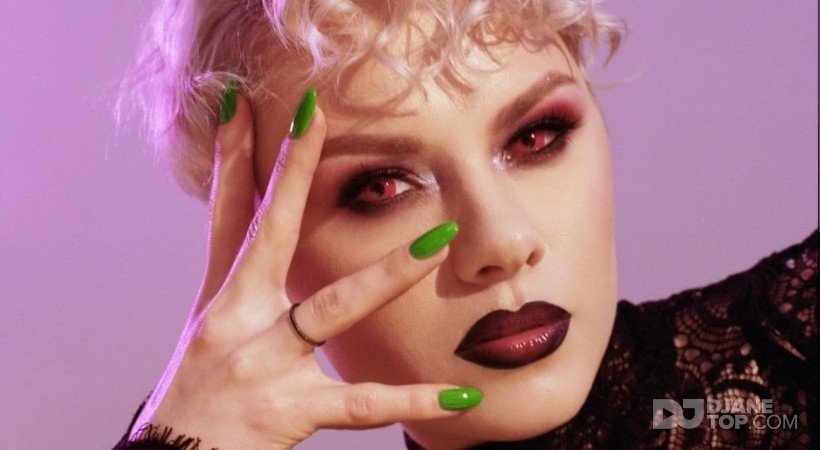 Many people have their quotes of the day, Samanta has one word - techno. Same love, different inspiring sounds.

Samanta got interested in electronic music at 12 years old. At the start, it was just a hobby which got more and more intense every hour and every day. When she turned 17, she got a chance to play her first DJ gig that inspired her more confidently to search for her own individual musical path. Within only one year, she learned the technical skills and began to play at private parties, which helped her to define her musical taste. Soon after she was playing in the best nightclubs and festivals of her home country Lithuania.

This self-confident development has opened her many gates to the reliable club culture. The exciting journey brought her to the BURN Residency DJ competition in 2014, where she finished in 4th place between the best Baltic DJs. After a year of hard work on her skills, 2015 marked a year of much bigger changes. Samanta became the official winner of the BURN Residency 2015 competition and ruled over 7000 other contestants from 133 countries. She became one of the 20 best upcoming international DJ’s, who participated in the BURN Residency boot camp in Ibiza. At once she became a seasonal resident at rewarded club Space Ibiza, where she was playing for Carl Cox’s legendary Revolution parties.

After winning the BURN Residency 2015 competition she was met with a special welcoming party in Lithuania, where she played with special guests M.A.N.D.Y and Olivier Giacomotto. During her frequent trips to Ibiza, on a special boat party, Samanta had an opportunity to warm up a legendary Pete Tong. Success brings success, so she had a chance to share the same decks many times with Dubfire during their tour around South America and Europe. Also shared decks with Shaded, Oliver Huntemann, Kenny Glasgow, Fabio Florido, Ben Pearce, Format B, Rodhad, Marika Rossa, Stephen Bodzin, Boris Brejcha, Daniel Bortz, Carlo Lio and John Digweed. After meeting John, she was invited to prepare her mix for his iconic radio show Transitions. She has played in Argentina, Columbia, Mexico, Austria, Sweden, Cyprus, Bulgaria, Italy, England, Germany, Poland and India, including Medusa Festival, Summerburst Baltic, Audioriver, and Sonar festivals.

Nowadays, her global fan base growing at a fast pace, largely due to her shows on Ibiza Sonica FM and Insomnia FM.

Samanta released her debut EP, “Abandon” in 2017, landing via Philip Bader’s Out Of Mind Records. As described in djmag.com, it’s based around beefy kicks and twisted, growling vocal snippets that have warehouse walls shaking across the globe.

That was followed up in 2019 with the ‘Bunda EP’, a 4-tracker on Black Square Recordings which peaked at Number 88 on the Beatport Techno Chart. The newest ‘Hey Robot’ EP is on Metodi Hristov’s highly respected ‘Set About’ label and the track ‘’Hey Robot’’ peaked at 79 place on Beatport in 2020.

No doubt that Samanta is ready to revolutionize the industry with her fresh beats because when you are sure what you want to do for the rest of your life, you do your best!