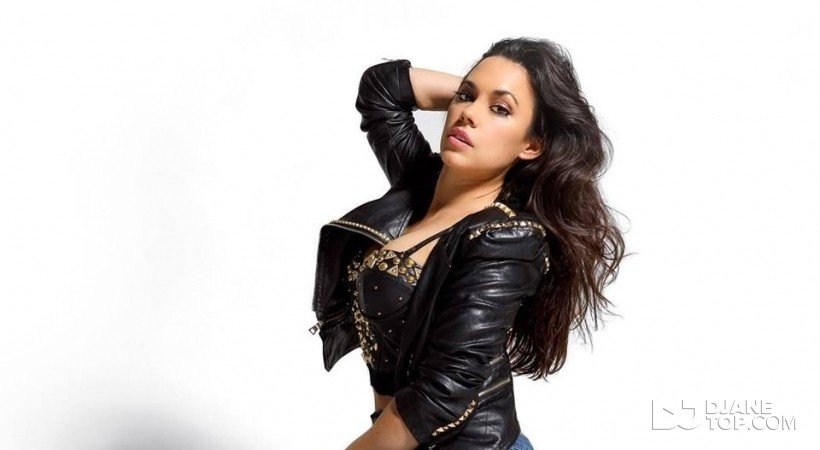 Rhiannon is an internationally renowned and loved DJ & Producer who is famous for rocking crowds with her explosive sets and magnetic stage presence. With over a decade of experience rocking the decks, she has become Canada's #1 female DJ (The DJ List Charts, The FDJ List Charts, DJane Mag Charts, CBC Electronic Charts, Reverb Nation Charts, EDM Live Set Charts, EDM Droid Charts, Playboy's Top 40 Female DJ Charts). Official Global DJ Rankings credits her as being "a trustworthy DJ delivering an impeccable performance at every event." DJ MAG CANADA featured Rhiannon alongside Hardwell and Max Graham, giving her a 4-page spread in their January 2014 issue. Clubkillers.com invited her to be the first female DJ in the world to have a mix featured on their infamous CLUBKILLERS Radio podcast. The NATIONAL FILM BOARD OF CANADA shot a documentary about Rhiannon called "Rock The Box" which is currently touring film festivals and will be released online in 2017. Rhiannon has toured extensively throughout the world and has multiple DJ residencies in the following countries: Canada, USA, Japan, Mexico, Dominican Republic, and Suriname. Top venues that she has frequented include TAO & Marquee in VEGAS, Vanity aka V2 in TOKYO, Create & Avalon in HOLLYWOOD, Mandala, Dady'O & Palazzo in CANCUN, Ampersand & Ohm in NEW ORLEANS, Slide (Ruby Skye) in SAN FRANCISCO, amongst hundreds of others. Rhiannon has opened for some of the best DJs and artists in the world including TIESTO, DEADMAU5, STEVE AOKI, R3HAB, Chris Lake, Kaskade, Krewella, Benny Benassi, Sharam, Max Graham, Morgan Page, LMFAO, Pitbull, Waka Flocka Flame, Riff Raff, EC Twins, Marco V, Nero, Stonebridge, Andy Caldwell, Klaas, Pauly D, and many more.

Rhiannon's DJing style is high-energy, interactive, and fun. She plays exciting sets that inspire people to be in the moment, dance, and party hard. She is one of the most versatile DJs in the world, spinning everything from HOUSE, ELECTRO, PROGRESSIVE, and TRAP to TOP 40, MASH-UP, LATIN, and HIP HOP. Whatever is going to move the audience is what she’s playing. Such versatility in both style and skill has made Rhiannon a popular DJ amongst a wide variety of party-goers, from mainstream music lovers to raging EDM fans. She knows what people want on the dancefloor and she delivers it with an incredible stage presence. Her goal is to bring this dynamic level of skill and personality to the DJ industry worldwide. Coming from a VINYL & TURNTABLES BACKGROUND (she DJ'd for 8 years on vinyl), Rhiannon is able to spin all genres by ear. She has mastered Serato on the side but prefers to show off her old-school mixing talent using minimal technology; just a USB and a couple of CDJs (no laptop required!).

A true professional and crowd-pleaser, Rhiannon never plays the same set twice. She treats each show like a unique experience and taps into the mood of each audience that she performs for. She selects tracks on-the-fly, mixes seamlessly, and speaks live on the mic to engage people. With her INFECTIOUS POSITIVE ENERGY she casts a spell on the room, drawing ears, eyes, and hearts to the stage for an unforgettable show. Repeat business is Rhiannon's specialty; once a venue experiences her live show, they always invite her back. Beyond her global DJ residencies & extensive touring within the USA, she boasts repeat shows at the following nightclubs: Palladium in Acapulco, Palazzo & Blue Parrot in Playa del Carmen, Xtine & Strana in Puerto Vallarta, Lobby & Cintermex in Monterrey, Club Muzique in Montreal, Uniun, Cube, Aria, & Gravity in Toronto, Union Hall & Knoxville's in Edmonton, Gossip, The Red Room, & Bar None in Vancouver, Allure on George in St. John's, Knoxville's in Calgary, amongst many others. Rhiannon has also toured in England, Australia, Costa Rica, Guatemala, Indonesia, Jamaica, Tahiti, and Hawaii. A full list of past and present shows can be found here: http://www.bandsintown.com/djrhiannon.

Rhiannon is a scholarship and award-winning academic with a Double Major Bachelor of Arts Degree from the University of British Columbia and a membership to The Golden Key International Honour Society. She has British and Canadian citizenship and resides in Los Angeles, California, USA. She is Bilingual by education, fluent in English and Spanish. She is a volunteer translator and counselor at JourneyOut.org. She also volunteers at Acadia Malibu. Rhiannon APPEARED IN THE HIT TV SERIES "SMALLVILLE" and has been featured on Fashion TV, Juice TV, B-Real TV, Club District TV, The Fab Femme, and in numerous magazines including DJ Mag & Playboy (Official Playmate & Covergirl).

Off stage, she continues to entertain fans as a RAPPER & RECORDING ARTIST "Chéri Poppinz." She writes & records her own lyrics and produces her own music videos that are all together colourful, satirical, and provocative. They are like Saturday Night Live skits that were too racy for TV and didn't make the cut. Some people love them and some people hate them, but no one can stop watching them. Her YouTube channel has ALMOST 10,000 SUBSCRIBERS and OVER 1.5 MILLION ORGANIC VIEWS. For a 100% INDEPENDENT ARTIST with only a few years under her studio belt she has received a ton of acclaim for her writings and vocal work. Her very first single was remixed by dozens of producers. Tyco's Electro House Remix was #1 on trackitdown.net for over two weeks and climbed to #33 on the infamous BEATPORT TOP 100 CHART. Clinton Sparks' Trap Remix received an accompanying music video remix by the #1 DVDJ in the world and was premiered on NOISEY, VICE's music channel. Rhiannon's single "All The Girls Do It" was remixed by David A, "Lemonade (Thirst)" was remixed by Kastra, and recently, "Whiskey & Pantyhose" was remixed by Klaas. Rhiannon's first music video has almost 500,000 views and her other videos aren't far behind. Her "Drop it Like A Bomb" video premiered on Two In The Shirt, Worldstar Hip Hop, and All Hip Hop.com and it features the celebrity legend Ron Jeremy.