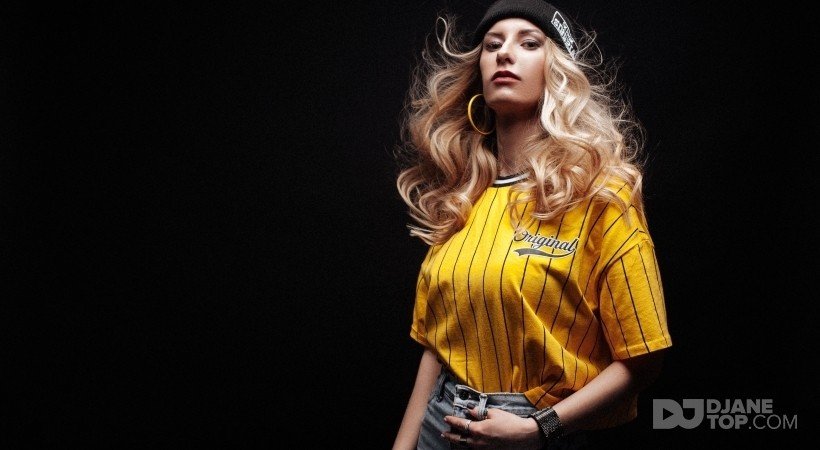 Sound producer and DJ
What they say about her performance: "a real EDM bomb among ladies!" A professional of powerful sound with the best killer set traditions of Hardwell, Dimitri Vegas & Like Mike, as well as other leading masters. A DJ, that combines Big Room, Electro House, Bass House, Trap and even Hardstyle and Dubstep tracks in her sets, which it all makes her appearance in the club and festival lineups have truly incredible energy!

In 2018, she went on a large Asian tour FIFA World Cup 2018 with the status of an official DJ of the largest European brewing company, Budweiser (includes BUD and Budvar brands), the official sponsor of the world Cup in Russia.

The rapid change of the music market in the past several years, and the rise to the top of the electronic stage of the music producers, has inspired Polina to move to Moscow. The lady was accepted to the school of electronic music AUDIO DJ Groove, which is one of the top leading European specialized educational institutions. Here Polina has sharpened her DJ skills, for them to be perfect, and began making her first steps in writing her own personal music, by studying the details of the modern arrangements, as well as the magic of mixing and mastering.

In 2018, Pozitiva started preparing for the release of her first authorized and personal dance singles in the most killer dance tracks of the modern European house music (Future, Big Room, Electro, Bass).

Currently, Polina is one of the most active touring DJ-ladies from Russia, keeping the bright colors of the EDM culture festivals. This year has become a discovery for China, where 2 large tours have already taken place in almost 30 cities, where Polina definitely crushes the full dance floors of the most advanced and beautiful clubs in the world, such as: SIR.TEEN, M2, Muse, SOHO bar, Space Club and others

The first Asian tour was held in the status of the official DJ of the largest European brewing company Budweiser in support of the FIFA 2018 World Cup.

“I LOVE FESTIVAL MUSIC, AND I WANT TO SHARE MY ENERGY AND CREATIVITY WITH LISTENERS ALL OVER THE WORLD! BE MYSELF, AN ARTIST AND PRODUCER, WHO MAKE GREAT MUSIC WITH A UNIQUE STYLE – MY TRUE GOAL. IN THE NEAR FUTURE, I HAVE PLANNED SEVERAL OFFICIAL RELEASES OF MY AUTHOR'S TRACKS, WHICH ALREADY BRINGS EXCITING EMOTIONS TO LISTENERS OF MY SETS”