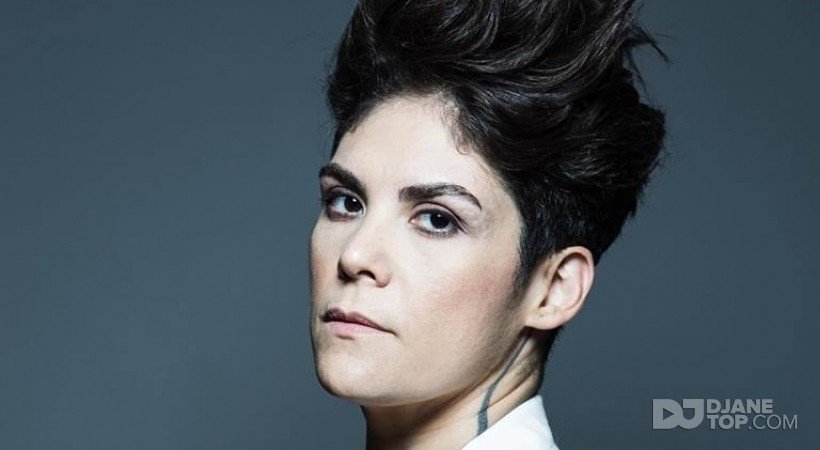 The unmistakable style of music and did accurate mixes DJ and producer Paula Chalup one of the central figures of the electronic scene in São Paulo.
Since its first residence in Hell's Club, when it was known only as DJ Paula, are already 15 years dedicated to electronic music, with support from critics and audiences. Paula Chalup ran Brazil and South America, and recently spent time London, where he played and met producers and DJs around the world.

Back in St. Paul, the Sloop DJ Paula returns home to the Mafia party at Club Vegas on Saturday. The sound of the evening is eclectic beats ranging from house music to hip hop old school. But the trademark is the beat of DJ sets that blend of deep techno, tech house and house. To play on the track with just one lap Paula Chalup by other hip clubs of São Paulo - D-Edge, lotion, Manga Rosa, Gloria, and Royal Clash.

Paula Chalup prepares new tracks together with producer Philip Braunstein, which will be launched in early 2009. She is also producing new tracks with Alexandre Savino of house for the next year. Before that, later this year, a range of Paula Chalup is the new compilation of the Moving party, club D-Edge.

In 2006, London met Paula Chalup and its fine blend of house and techno. She opened her season at the club Turnmills, which has invariably line up the established names such as Paul van Dykand Carl Cox In Heaven, one of the largest and most influential clubs in London, she performed alongside Above & Beyond and Nick Sentience. Paula also played at the legendary Brixton Academy on New Year's Eve, the fifth edition of the festival HeatNYE.

With this great turn of the year, Paula Chalup spent 2007 performing in clubs and parties in London. Highlights include two shows at the Fridge club pioneer of the punk scene and the scene of legendary shows like The Clash and The Police.

By completing the first year as a professional DJ Paula Chalup in 1996 revelation of the Night Best Illustrated award, the Folha de S. Paulo. During that year, he met Paula deeper into electronic music with DJ Mau Mau and the whole gang of Hell's Club, a space pioneer of techno in Brazil.

Paula Chalup was soon to lead the party in Fuel Lov.e Club &Lounge, another milestone of the electronic scene in São Paulo. There she stayed for six years and with more energy developed his musical style, which was also heard in clubs amp galaxy, Ultra lounge, BASE and Sirena, the Skol Beats festival and holidays MTV Dance Party and Carlton.

Were more than ten years of running the pick ups in the evenings most influential of Sao Paulo. Recognized around the country, Paula Chalup won South America with their sound and flew to Argentina, Colombia, Chile, Ecuador and Uruguay. France was soon to show their delicious deep house. In those many nights ofmusic and celebration, she crossed in the sound booth with Laurent Garnier, Jeff Mills, Kevin Saunderson, Miss Kittin, Bushwacka, Julian Liberator, Funk D'Avoid Octave One and others.

Paula Chalup is the creator of the seal CLASH MUSIC. The label was created alert by Clash Club and worked with artists such as Gui Boratto, Antony Rother, Renato Cohen and much more is out there for 2011.

The London Cluster label launched in 1997 the first tracks of Paula Sloop. Shortly the reafter, she released the promo CD "Paula Vol I," A critical and popular success. On the CD remix of the soundtrack of the movie "City of God," directed by Fernando Meirelles, Paula Sloop participated as a remixer of the track. The cast assembled for this project other major producers such asMau Mau, Renato Cohen, Gui Boratto, Pet Duo, Camilo Rocha and Murphy.