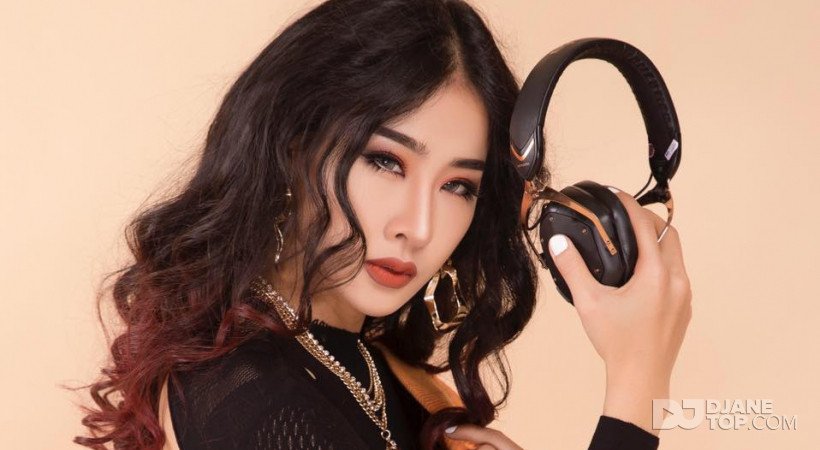 Dj Oxy, a female DJ live in Ho Chi Minh City starting early career at her age of 16. With only 3 years in the DJ’s field, she fast to register herself one of the well-known name in the industries mainly due to her personal style and her very own sense of music.
She recalls that become a famous female Dj was not easy. Her succeeds in the job was 90% of her hardworks & tears and only 10% was come from her luck. In the world of night life entertainment, she has a big influence to the young generation in Vietnam overally.
She often receives invitation from many famous brands (Tiger, Hennessy, Heineken, Jonny Walker, Corona, Desperados and many more) to collaborate in their musical events. Year 2014 was a good year for Dj Oxy. Dj Oxy was invited by Tiger’s on cover image for their very first journals of Tiger’s in Vietnam. In the same year of 2014 Dj Oxy has been voted Asia Most Sexiest Dj number 3 by Edmdroid.com & World Top 100 Female Dj number 24 by Thefdjlist.com. Since than in the year 2015 & 2016 she has been crowned with many title :

# Miss Euro Vietnam 2016 by Bondaplus.vn
Recently she also receives many invitations from other country for a gig in (Australia, Canada, United Kingdom, Moscow, Singapore, Guam, Malaysia, Indonesia, Thailand, Philippine & Cambodia).
Besides that, she also a well-known name in modelling for automotive shows & Wedding dress photography.
She can control the crowd with EDM, Trap, House, commercial music and many more.......