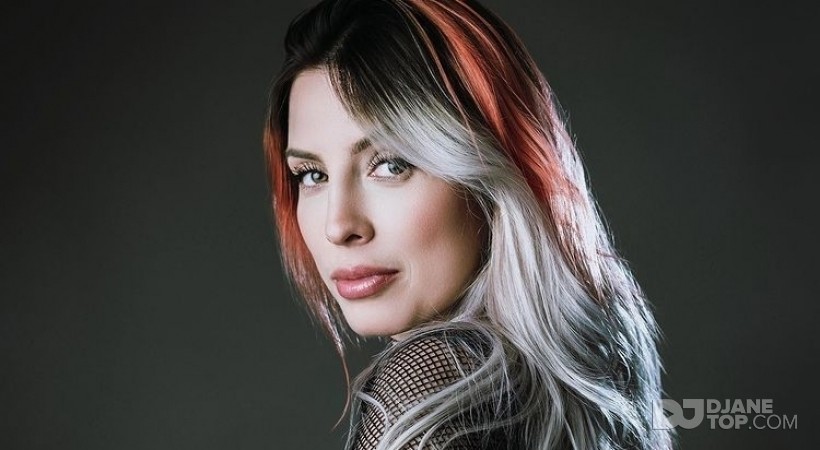 Born and raised in Medellin, Colombia, Natalie Rivera has grown to become one of the most recognizable female DJs in South America. Equally comfortable delivering a high energy EDM festival set with full lighting and special effects as she is spinning deep house during a fashion show, Natalie's artistic versatility allows her to always create an unforgettable experience for her crowd. More than a DJ, Natalie is a performer who thrives under the spotlight, yet her uniqueness lies in her ability to instantly form a genuinely close connection with her audience. This personal connection, along with a stylistic range that includes EDM/progressive, future/nudisco and deep/tech house enable Natalie to captivate and draw her crowd into a transcendent musical experience.
After over a decade of professional growth as a DJ, in 2013 Natalie was signed as the resident DJ at Sixttina, the largest and most influential electronic music night club in Medellin. As a highly sought after artist, Natalie travels extensively throughout Colombia and Latin America to spin at festivals, clubs, private parties and fashion shows. Since 2008, Natalie has been the go-to DJ for major fashion houses during Colombiamoda, South America’s biggest fashion week, setting the tone for runway shows by Renzo Rosso, Custo Barcelona, Diesel, Levis, Americanino and Chevignon, to name only a few.
In recent years, Natalie has set her sights on expanding globally by performing in high profile venues outside of South America. In 2015 and 2016, she played in the U.S., Canada, Mexico and Panama. That year, Natalie closed with an EDM set in front of 3000 people at the Seniorsland music festival in Panama City. In addition to playing deep house sets at Keybar in New York and Toronto’s trendy King St. West bar, Brassaii, Natalie ended the year with a tour of Miami and Mexico. In Miami, Natalie was chosen by NYC artist Skott Marsi to DJ his Art Basel exhibit a week before headlining with an EDM set at The City in Cancun, one of the world’s largest night clubs.
In October 2016, Natalie was invited to DJ the red carpet at the SHOCK video music awards (Colombia’s equivalent to the MTV VMAs) in Bogota, Colombia. In November, she played in front of 16,000 people at the Macarena Plaza in Medellin as part of BRUUTTAL 2016 before again DJing at The City in Cancun in December.
Natalie moved to Canada In 2016 focused on growing in North America and she played for one of the best night clubs in toronto REBEL at the savage room incorporated latin sounds with electronic music, also she played in 2018 with Jungle Funk Records one of the most important label for techno house music, funk and jacking of this city.
Natalie is currently focused on producing new music and growing internationally, bringing her energy and sound to new audiences around the world.
She played in front of 16000 people in her city, this is part of her energy and focus for festivals around the world.