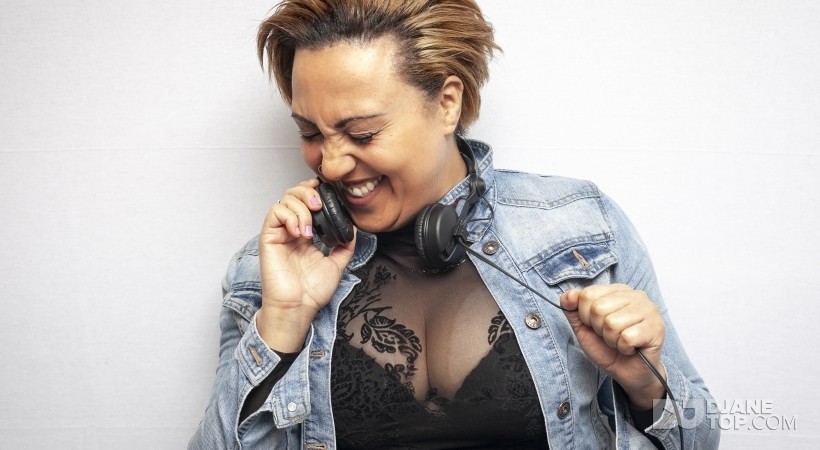 #Dance#House/Funk/Soul#Techno/T.House/Minimal
Voting is Over
Awards

Bookings Email: [email protected]
LinkTree: https://linktr.ee/iamdjmj
DJ and budding Producer, Radio Show Host and all round Passionate Lover and Pusher of Underground Music.
Respectfully recognised as one of the leading female DJs on the Underground UK Music scene in which she circulates
Known for her Mixing ability, Passion and Professionalism, MJs Music expertise and Sets run through many genres under the Underground Music Umbrella such as Vocal and Club Classics, Tech and Deep, Disco, Soulful, Afro and Jazz as well as other genres like Funk, Broke Beat, 2 Step and Beats plus UK and US Garage, ranging from New Skool to Old Skool, always with that Underground and floor filling Vibe.

Due to her dedication and endless hard work ethic as a DJ, MJ’s career so far has seen her play on some of the most respected Events, Festivals and Radio Stations on the Music scene both in the UK and Europe. A respected reputation that has been earned through MJs Music journey.
A regular DJ at the famous ADE Festival in Amsterdam both on Radio and at Events held there, as well as further bookings taking her previously to Germany for Secret Warehouse Raves and smaller more intimate Connoisseur parties across other parts of Europe and the UK. MJ has played on line ups alongside the likes of Music Legends Todd Terry, Marshall Jefferson and Grant Nelson to name but a few.

Previous Owner of the huge Pulse Nightclub, boasting a mega 2,000 Capacity and playing Host to Legendary Brands such as Sheffields Niche on Tour, Londons Garage Nation and more, with the club finally closing its doors in 2012.

Her busy DJ schedule and reputation secured MJ varying residencys on the Music scene. Her first residency comes under the massive Urban Dubz brand, which is spearheaded by the Pioneering producer Jeremy Sylvester known for his affiliation with such Iconic Record Labels as Nice’n’Ripe records and his Production names of Club Asylum and many more.
Previously resident DJ on the legendary Producer Grant Nelsons Radio Station D3EP Radio as well as DJing at the D3EP in the Dam Events also held in Amsterdam, more recently becoming resident DJ to the huge House FM.

As well as her popular Radio shows, MJ also has regular Guest appearances on some of the most influential Radio Stations on the House and Garage scene in the UK and Europe such as Amsterdams massive AMW.FM ( Amsterdams Most Wanted.FM), Londons Legendary Flex FM and The Beat 103.6 FM ( where she has played on The Essential Ice Cream Records Show with Karl Tuff Enuff Brown), Chicago’s Popular Groove Box Radio and House Jet Radio as well as the respected Urban Night Grooves of Amsterdam and Switzerland and many many more.

MJs mixes can also be heard on Record labels 2TUF4U Records, Gents and Dandys and PogoHouse Records.
In December of 2019, MJ had her first collaborative EP release with Jeremy Sylvester on the mighty Urban Dubz Records and has since had further Solo Releases on Smashing Trax Records, Phoenix Records and PogoHouse Records as well as further EP Releases due to be released in the Future