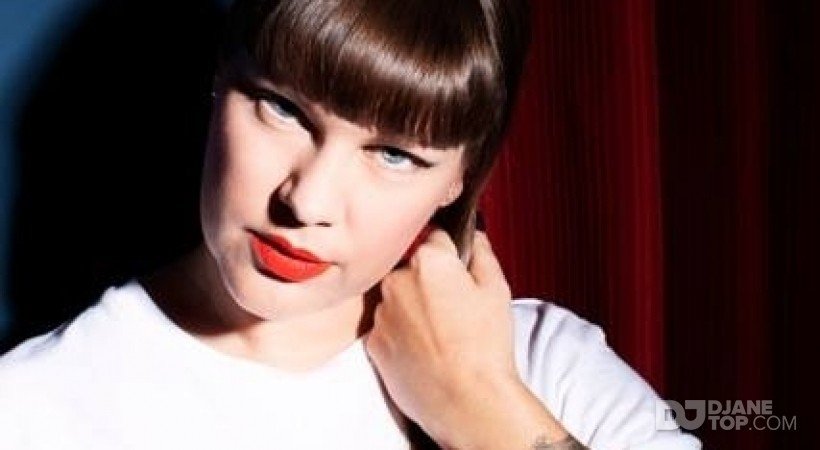 Grenoble born Caroline Hervé, aka Miss Kittin
has over the past years become one of the most inspiring DJs and voices to emerge within the electronic music scene. Alongside long-time production partner The Hacker, tracks such as ‘Frank Sinatra’ and ‘1982’ propelled them into the spotlight, whilst further collaborations with fellow feline Felix Da Housecat’s ‘Silver Screen (Shower Scene)’ and ‘Madame Hollywood’, Golden Boy’s ‘Rippin Kittin’, Sven Väth ‘Je T’aime’, Steve Bug, Antonelli Electric and T.Raumschmiere to name but a few, have confirmed Miss Kittin’s star billing status. She released her debut solo artist album ‘I Com’ in 2004, that showed her spreading her wings with jacking Chicago House, distorted punk attitude, skanked-up Dub and Electronic Pop as the singles ‘Professional Distortion’, ‘Requiem For A Hit’ and ‘Happy Violentine’ so aptly displayed. The heavily-accented deadpan delivery over techno beats that established her notoriety on previous recordings has been unseated by a desire to sing, to scream, to rap and to croon, all of which she manages to do with ample helpings of sly wit and wordplay and a musical landscape that incorporates both brazen beats and intoxicating atmospherics. However for all her releases and collaborations Kittin’s first and main love remains DJing. From starting out in 1994, Kittin’s name first appeared on a flyer in the chill-out room for a rave in an old military fort in the mountains. From there on Kittin hasn’t looked back. From playing harder edged Techno, rave classics, Chicago, Acid and Detroit Techno Kittin has progressed into more leftfield, Electro and electronic realms. Able to play Prince with Black Dog or Aphex Twin with a new Kompakt 12″ she has an uncanny and intuitive sense of selection that not only flows but also maintains that primary sense of the party. Anyone who has seen Kittin dancing behind the decks or grabbing the microphone mid-set will understand only too well that she is also a clubber at heart. As Kittin says, “I love playing records, it’s probably the best thing I know to do in life. I do it because it’s big fun and it makes me free.” Based in Paris since 2007, Kittin released her second solo album “Batbox” in 2008, followed by the second album of the collaboration with her all time favorite musical partner The Hacker entitled “Two” in 2009, both released on her own label ‘Nobody’s Bizzness‘. After the extensive live touring of Miss Kittin & The Hacker in 2009 all over the globe, 2010 has seen Kittin’s couple of remixes and collaborations and in early 2011 a release of the ’All You Need’ EP on Mobilee Records, that brought her sultry yet punchy vocals back to the floor with a classic electro bassline. Having spent over a decade cultivating her intransigent image, Miss Kittin reliably brings all her gusto, charisma and inspiration to the decks, which have produced many seminal moments of dance-floor heaven and is rightly placed as one of the most revered and recognizable artists in Dance music today. On April 22nd, 2013, Miss Kittin released her 3rd solo artist album: “Calling From The Stars” is out on wSphere Records!