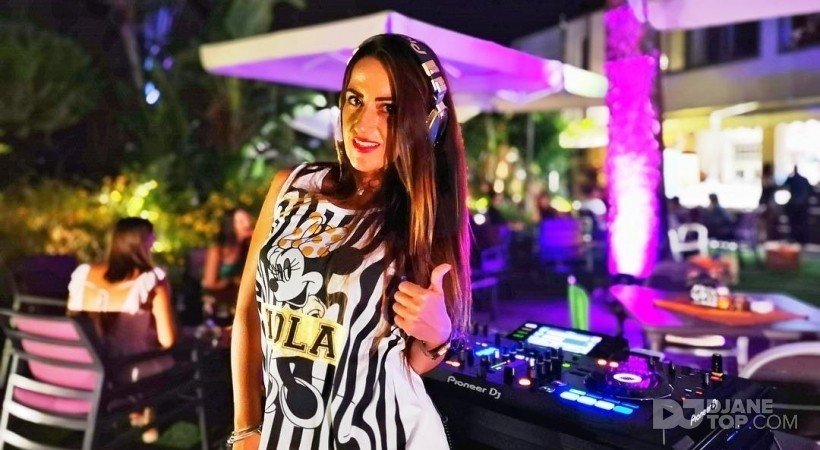 Maria (stage name Mary Delicious) was born on the 20th April 1987. She is qualified at Liceo Classico Linguistico.
She is a determined, extrovert and exuberant woman in fact she has always made quality choices.
Since she was a little girl she loved music very much, as a matter of fact she started to study dance when she was seven, which she continued for about 12 years.
She appeared in various dance shows in Sardinia: at Porto Rotondo Amphitheatre, Olbia Cinema Theatre, I Giardini di Porto Cervo, Navy Theatre at La Maddalena, and in various competitions in Italy. The most important are: Chianciano Terme "Grande Festival Della Danza", Cagliari "Gran Premio Della Danza", Roma "Danza Sì". With her dance group she reached the top of all these competitions, she appeared in the most important Romen Theatres and in various events all over Sardinia.
The dance world took her on a new path: fashion. In fact she made many different fashion shows, for Atelier, Boutiques and events, with evening and bridal dresses. The most important are: "Passi...Danza e Moda" with Telethon partner ship at Olbia-Costa Smeralda airport.
The first marriage fair "Oggi Sposi". She made a fashion show with evening and bridal dresses for the 2006 season.
The second marriage show "Oggi Sposi". She did a fashion show for the 2007 season at Melià Geovillage Hotel and Resort.
In the summer 2007 she worked as a hostess at Olbia-Costa Smeralda airport.
Apart from this she wanted to try a new experience, in fact since 2002 she has worked as a dj supporter with her brother, a dj, in the various "One Night in Costa Smeralda". The last was the summer season 2006 and 2007 at Sopravento Disco Club in Porto Cervo (Costa Smeralda).
Mary Delicious is the only dj woman in Sardinia!