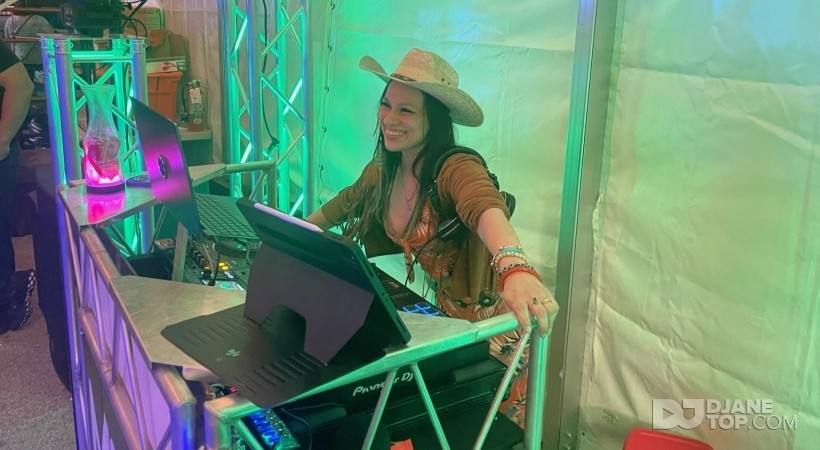 Mandi Pimp’s DJ journey began later in life, at the age of 20. Music was her first Love and continues to be her biggest motivation. When she was a little girl her father often played the guitar and she would sing along. As the years went by she developed a wide variety of taste in music and it is still growing. In 2010, When meeting her BFF/Husband/ also a Professional DJ/MC/Voice over artist, He noticed her love for all music and threw her on a pair of decks. Her original Dj Name was Amanda A., she first began spinning trance, psy-trance and progressive house. Then in 2012 changing her DJ name to Mandi Pimp now spinning a wide variety of genres. From norteña/reggaeton to poppin' top 40 to hot country or Dubstep to Breaks to hip hop/trap/twerk to House, give a genre and she will mix in and out of it. MNM Sound Factory was established In 2015, with her husband, DJ Matty Pimp, often Djing together under the name MNM. She knew people, like her and Matty, need some motivation to workout and music always works for her, so, Sweet N Sweaty Beats sessions was born. You can find her mixes on Mixcloud.com/mnmsoundfactory or Soundcloud.com/MandiPimp and Watch Live Streams on Twitch.TV/MNMsound