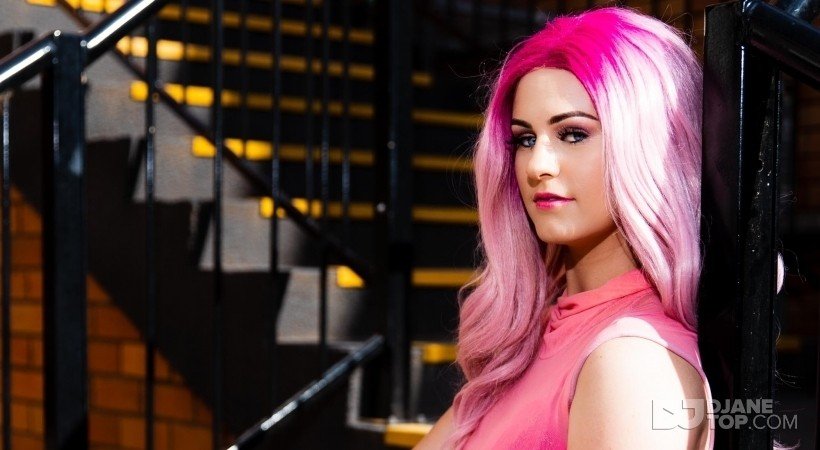 #Dance#EDM#Trance
Voting is Over
Awards
2020#64Australia and Oceania

Excelling fast in the industry, luscious is a DJ not to be missed. She grew up in Newcastle but moved to dubbo around 6 years ago where she became inspired by DJ Tigerlily at the Amaroo hotel. Luscious debuted as a DJ in July 2018 by playing a few “RnB Friday’s” at The Pastoral Hotel dubbo. She has had the privilege to play a closing set for DJ’s Kye Grant & Zida Gray at The Amaroo Hotel in dubbo for their Christmas in July event as well as a cheeky sneaky B2B with J-Trick later in the year. As well as opening for the Potbelleez on January 31st 2020 !

August 24th 2019 was the night that Luscious had the amazing opportunity to support her inspiration, DJ Tigerlily on stage. She was able to play an amazing set and had the crowed pumped ready to party. Luscious has also had the privilege to perform headlining acts on multiple occasions including a great show in Young, NSW with the Allm8’s crew that sort her out for the gig, supported by DJ Game Over.

Luscious has had the opportunity to play all over the central west in amazing venues throughout Mudgee, Forbes, Dubbo, Condobolin, Cobar, Grenfell and more for the past 18 months, quickly building a following and becoming a resident DJ at a number of venues.

Luscious has had the AMAZING privilege of debuting and headlining her very first “luscious takeover” event at the Amaroo hotel which included herself dancing choreographed routines side by side with 2 gorgeous dancers on the big stage. She was also joined by 2 talented ladies supporting her during the event, DJ Risqué and DJ Alissa Baylee who performed great shows.
DJ luscious also had the opportunity to play for the Hotel Orange Nightclub’s Grand opening night which reached capacity before midnight !
By day, luscious works as a waitress and is a full time mum of an adorable 6 year old girl who has taken after mummy and now goes by “Lil’ Lush” enjoying the process of learning how to spin a few tunes. Luscious is always spending any free time she has with her family and working on producing her own music. She’s finding her foundations and building her beats up bit by bit to perfect her songs. You can never be too creative.
Between the ages of 12-18 years old, Luscious danced full time, after school each day. She is classically trained in ballet, as well as choreographed and performed routines in contemporary, jazz, burlesque, interpretive and hip hop, which is when she fell in love with electric dance music. Musicality played a major component in her life. After having her daughter, she longed to bring music back but struggled to find a dance studio that challenged her. She took up Pole Fitness dancing which she continues to do today, but also looked for different, creative ways to bring back music and performing. Hence, her unconditional love for DJing! Inspired by DJ Tigerlily, she kept saying to herself “I’m gunna do that one day” and dance music took over her life!
With such a strong #allpinkeverything look that’s hard to miss, Luscious is building a large #lusharmy who has caught on to the quickly rising phenomenon of PINK!