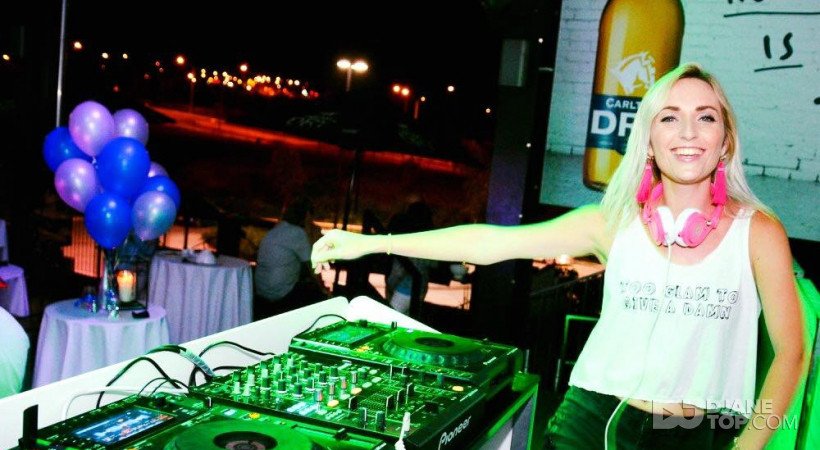 With a decade in the music industry under her belt as a performer, Jesse aka DJ little J has quickly become a hot commodity on the Gold Coast for everything from high profile, large scale events to the coolest nightclubs and trendiest venues.

DJ little J started out her DJ journey in 2016 when surgery on her vocal cords caused her to take time out from her full time singing career. After receiving lessons from a local club resident, this fun hobby quickly grew into a passion. Starting out with a regular spot at The Grand Hotel to hone her craft and pay her dues, little J eventually branched out into residencies all over the coast, Brisbane and all the way down the Coffs Harbour and began performing to huge crowds at upscale events.

While little J identifies herself as an “all rounder” open format DJ specializing in everything from deep house and nu disco to heavy club anthems and commercial Top 40, her heart lies with hip hop and RNB. Old school to new school - the girl has it covered. Her recent release, a Hip Hop Mixtape, garnered hundreds of listens within just a couple of days. The impressive mix caught the attention of local entertainment group, Together Agency, who signed her up for The Rattlesnake Hotel’s monthly Issa Vibe hip hop night alongside some of the Gold Coast’s most renowned hip hop & RNB DJs.

Little J’s list of big event clients includes the Gold Coast Titans, The Star, Gold Coast Suns, KFC, Hungry Jacks, Aussie Home Loans, Griffith & Bond University plus plenty more as well as just recently performing over 20 shows at the prestigious Commonwealth Games. Her passion for entertaining is infectious and her technical skill and impressive music catalogue places her in a class well above the rest.