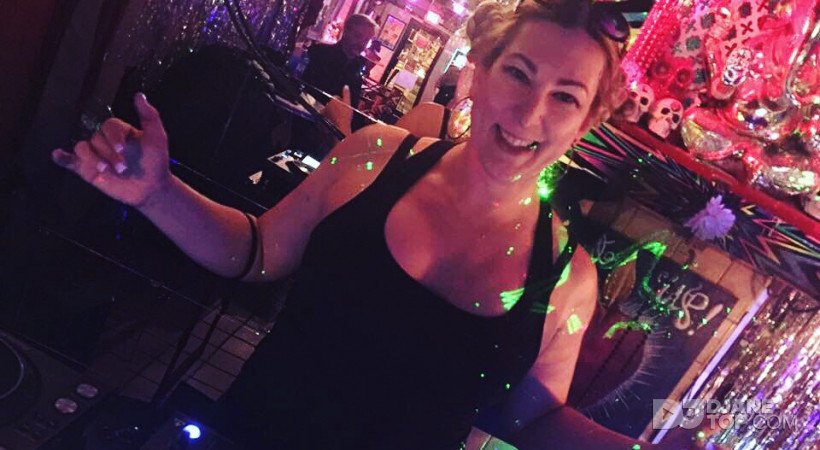 BIO
Larissa Morgan’s DJ Life is not that of a typical Female DJ, it is one of many chapters in an ongoing novel of this DJ/DJane/Mixtress’s life of amazing and never ending journeys and adventures.

Born and raised in the Italian market area of South Philadelphia as Alan Mattia, He was first introduced to music through the local radio station, MTV, and by many family members and friends bumping their freestyle hip-hop and top 40 mixes throughout the neighborhood where he started making his first of many mix tapes. It was from there he found music, his love of it was overwhelming and eventually he put in the time and effort as a young adolescent working at a local pizza shops to save up his money for his first DJ equipment which consisted of two turntables and a mixer. It didn’t take him long after that, he was DJ’ing at each and every high school party he could get his equipment to in the early 90s. Finally he decided to explore life by joining the U.S. Marines and traveled quite a bit a broad and to the West Coast where he landed his first residency at Bourbon Street, the number one gay bar in San Diego during the early 2000’s. He also performed throughout the San Diego/LA area at many different venues such as E-Street Alley, Club Montage, and Rich’s, opening up for many famously known DJ’s and Producers such as John Bishop, many Ministry of Sound Mainstream Performers such as Sasha & Digweed, Boy George, ATB, Darude, and was nominated for DJ/VJ of the year at San Diego’s Nicky Awards dj’ing under the name DJ Chine. Chine stood for "machine" as he was part of a group of ongoing clubgoers that loved to party and were like machines that just didn’t wanna stop dancing and showing their Love of Music. It wasn’t until late 2002 that he returned back to the East Coast and continued networking and immersing himself in the club scene. Hesitant to get his career back up and going in the DJ world, he opted for a break from the scene and most importantly for self reflection as I’m sure you’re wondering why I’m using male pronouns.

The hardest journey of his life came to light and, Larissa Morgan was born. Beginning her journey and finally completing it into 2014 and fully transitioning to the woman she is today. She received a huge amount of support and motivation from family & friends still in the intense club scene and much involved in the Philadelphia House Music Movement. She picked up where she left off and got right back into the Philadelphia DJ Scene, where she is gaining more and more recognition and experience under her belt. Larissa Morgan isn’t restricted to a single genre and is very versatile at spinning EDM, Electro House, Deep House, Tech House, Progressive House, G house, Nu-Disco, and all the other funky dope beats she can mix to keep you on the dance floor. Throughout 2016 she has taken flight by spinning for the Philadelphia DJ Group at Saint Lazarus as an EDM Deep House Queen/Hostess and bringing in Deep, Tech, and Progressive House at Club Mousai. It is all love and fire as she creates that signature sound she brings to the dance floor to keep the most loyalist of fans moving. She has been featured numerous times per month on a weekly radio shows with MoreBass.com, 24/7EDM, College Radio Stations, Shark Radio in Germany, and has a biweekly radio set for XLTrax Canada’s #1 EDM Network where she continues to dominat the national and international masses of club-goers with numerous #1 charted DJ mixes.

As a true lover of people, music & community; she currently dedicates much of her free time as a leader in Transgender and LGBT community. She like to volunteer her services as an overall effort to keep the dance floor packed and the music pumping for their special events and parties in Philadelphia and surrounding area. So whether you want a Quanity Big Room Sound for your Summer Festival/Club/Venue or a Skillfully blended mix for your House Music Lounge/Bar/Nightly Event Larissa Morgan is putting in her dues to be the most sought after seasoned DJ/DJane/Mixtress to come out of the Philadelphia/NY/NJ area.