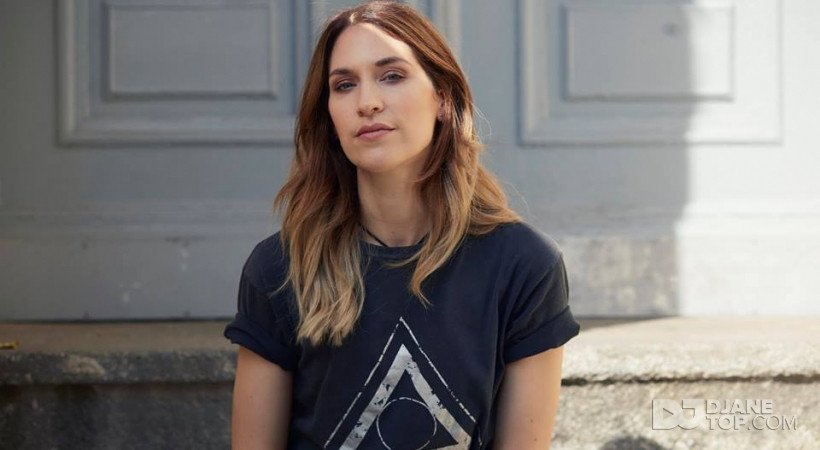 Don’t even think about putting La Fleur into a box. For a start, she’s had too many twists and turns in her career to be edged into one particular corner. “I don’t like the word perfectionist because sometimes it makes it hard to think outside the box,” she smiles. “But actually, I’m a lot like that! I have a real attention to details. I'm never really satisfied with things – so I work and work until it feels right. I never leave anything to chance."

La Fleur actually started her working life as a pharmacist – but despite her acute understanding of laboratories, her passion was for an altogether different kind of mixing. “My choice of career…. Well, it came to a point where I had to choose…. and I like the way it’s turned out!” It was an active choice to make music, and La Fleur chose with her heart - and feet. Her first residencies were at Berns and the infamous Grodan Cocktail Club in Stockholm.

With a slew of cutting-edge club productions under her belt garnering praise and attention from producers like Ian Pooley and Carl Craig and clubs like Watergate and Panorama Bar alike, La Fleur’s sound is simultaneously house and techno, classic and futuristic alike. She knows how to speak to a crowd and – just as importantly – she knows how to make them move. With her Flowerhead EP already a classic (and with new mix package due in 2016), it’s clear that making music (and moves) are key to La Fleur’s core beliefs. Playing extended sets as the sun comes up while entertaining and educating is something that La Fleur worked long and hard towards. Not just what to play, but when to play and how to play it.

2008 saw La Fleur’s first forays into the studio, with her remix of David Ekenbäck’s "Nairu" and 2010 and 2011 added further strings to La Fleur’s bow, with the founding of her independent imprint Power Plant Records and remixes for Stuffa, Martin Dawson and Jesper Ryom. Building on the success of the Flowerhead EP, Eavesdropper and Flowerhead Revisited, 2012 marked a new chapter for La Fleur as she moved ever closer to her innermost musical ambitions. Remixes for Adana Twins and Magit Cacoon consolidated her position as a go-to remixer, and in 2014 she added her magic touch to Jesper Ryom and Kerri Chandler.

The last couple of years have been pretty momentous for La Fleur too. Having been nominated three years in a row, she had the honour of winning the prestigious P3 Guld award prize for 'Best Electronic act' in 2014 (P3 are the Swedish equivalent of the Grammys), she also saw her distinctive music remixed by some of the finest techno producers to ever emerge out of Detroit. Her ‘Arms Around EP’ included a remix from legendary Planet E producer Carl Craig, and her previous release on Watergate (‘Nightflow’) was re-cooked to perfection by Kenny Larkin. She also released an excellent DJ mix for Watergate (CD16), cited by Mixmag as one of the best in the series to date. She also performed brilliantly on The Boiler Room in May, playing alongside M.A.N.D.Y. and Franceso Tristano in Berlin. 2015 also saw Sanna release a slew of on-point productions, including her first-ever EP for Sasha’s blossoming Last Night On Earth imprint as well as the well-received ‘Make A Move’ EP, including that killer title track which saw La Fleur move up a gear. Then came remixes for Kate Boy, Ane Brun and this year remixes for AndHim and Francesca Lombardo.

That just leaves 2016, which has been her busiest and most exciting season yet. There’s already been a new EP for Watergate (the Hedione EP), and ‘Vervein’ released as part of a new sampler for MadHouse, continuing La Fleur’s blossoming friendship with Kerri Chandler. And as we write this, her debut for Cocoon Recordings – the epic, brooding ‘Chemicality’ – is about to drop on the new Cocoon P compilation: exciting times indeed. As well as Cocoon, La Fleur also cemented a techno friendship with Richie Hawtin and the PLAYdifferently/MODEL1 team when she performed at Boiler Room alongside Richie and Dubfire. She also released the Power Plant 5 Years compilation which featured brand new music from Acid Mondays, Justin Massei and of course her own good self. Back in March, La Fleur made her Mixmag Lab debut alongside B.Traits and throughout the year, she also delivered key radio mixes for Pete Tong, B.Traits and Heidi in the US and UK, reflecting her new-found status in the European and US dance community: indeed, that Boiler Room appearance and a well-received set at the legendary Movement festival in Detroit all point to a flourishing future in the electronic landscape.
We can’t wait to see what next year brings.