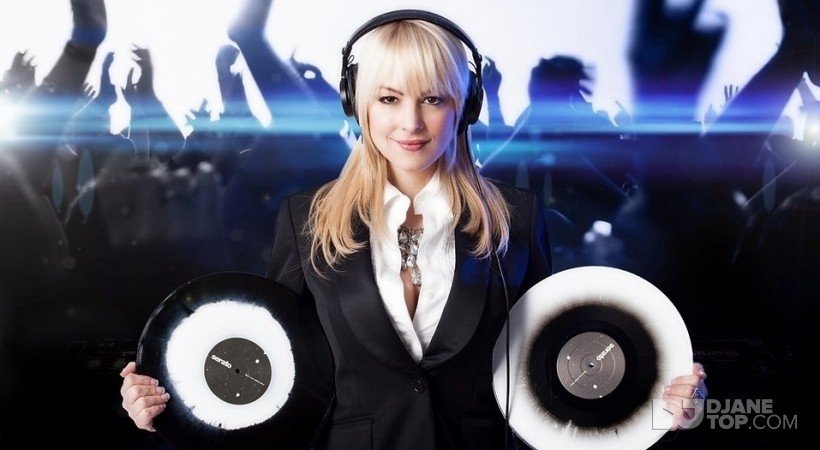 International DJ/Producer Kristaval has become one of the most sought after high profile event DJ's in the world. Kristaval is trusted by the most elite event planners, top venues and celebrity clients to set the soundtrack for their most sacred events. She has been called upon to create the right vibe for the best nightclubs, hotels, lounges and countless private events and has performed with international superstars for thousands of people around the world.
​
Kristaval is currently a featured DJ in a global Motorola Ad Campaign as well as on several billboards in Times Square NYC. She was recently nominated as one of the top 100 Female DJ's in the World by DJane Magazine and is also endorsed by the global speaker brand, Electro Voice.

DJ Kristaval first entered the Entertainment industry as a professional dancer for numerous recording artists and was featured TV shows, Films and commercials. After years of touring and traveling globally, she was selected to be a Knicks City Dancer at Madison Square Garden where ultimately became one of their top choreographers. With such a strong passion for music and dance, Kristaval quickly realized that DJing would allow her to express this passion to the masses. She enrolled in Scratch DJ Academy where she studied music production, turntablism and was mentored by some of the biggest DJ legends in the industry.

Kristaval's in-depth musical knowledge, is unrestricted by genre or era. Her song choices, own mixes and original tracks have gained her praise and respect from both guests and industry professionals.
She knows exactly what people want on the dance floor and delivers it with an exciting and interactive stage presence. She treats each show as a unique experience and taps into the specific mood of every event she’s involved in. With this level of dynamic showmanship, infectious positive energy, and all around technical skill set, DJ Kristaval is a true professional and crowd pleaser. Kristaval knows how to read each crowd perfectly to keep the dance floor packed all night. Whether its a crowd of 32,000 or a intimate wedding, she will make sure everyone has the time of their lives!

Kristaval is the owner and operator of Kristaval Events. A full service DJ, sound and lighting company.