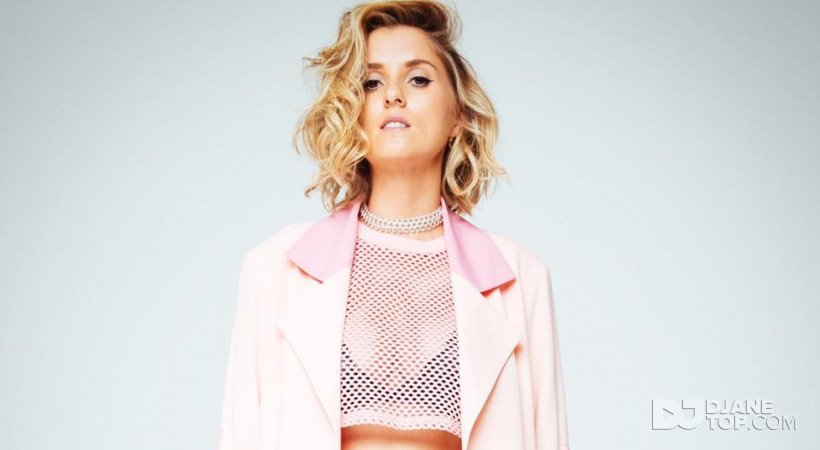 KLP, real name Kristy Lee Peters, is a talented force of the Australian music industry, with credentials that cement her reputation as a multi-faceted industry heavy weight.

Between writing and recording her own music, co-writing for other musicians and collaborating with local and international artists, KLP can be found hosting the countries biggest Dance Music program, triple j’s House Party every Saturday night. Triple J is the number one radio station across the country for 18-35 year olds, giving Kristy a captive and unique audience every weekend.

However, when she isn’t in the studio with Triple J, KLP is regularly called upon to collaborate with some of the biggest, most influential local and international names in the music industry. This has included songwriting collaborations and vocal features for What So Not, Slumberjack, Snails, Goldfields, Zimmer, The Presets, Set Mo, Thandi Phoenix, Nicole Millar and most recently on the viral hit ‘GOH’ her collaboration with Skrillex and What So Not.

Outside of highly successful collaborations, KLP’s own music has garned millions of plays online with tracks like ‘Ember’ and ‘Recover’ {ft. Remi} and more recently releasing her new single ‘Carried Away’ {ft. Milwaukee Banks} independently through her own label.

Titled by InTheMix as ‘one of the electronic musicians running Australia’s new golden age of music’, it comes as no surprise that Kristy is regularly called upon to play and perform at high profile events and festivals such as Splendour in the Grass, Falls Festival, Party in the Paddock, Field Day, Southbound and The Hills are Alive.

While writing and recording are at the heart and soul of the KLP brand, Kristy’s has worked closely with brands such as YSL Beauty, H&M, Mumm, Nike, Melbourne Cup, Adelaide Cup and the Commonwealth Games, in both a hosting and performing capacity. It is her healthy lifestyle and positive approach to well-being that really positions KLP as a strong female influence within the music industry.

As an APRA AMCOS Ambassador and mentor, KLP finds huge reward in mentoring and working with young singers and songwriters looking to break into the industry. Working with the APRA AMCOS program SongMakers Kristy has travelled Australia working with communities throughout. Kristy is a tastemaker and often called upon to appear on and host high profile panels. More recently she has set up her own initiative ‘Ricochet’ to support women in the music industry.

2018 has most recently seen KLP sign with internationally acclaimed music publishing company, BMG, as a songwriter. However, it doesn’t stop there, with 2018 looking to be a huge one - multiple national tours to stellar releases and high-profile collaborations – in addition to her much-loved role as triple j House Party host – KLP is at the forefront of a very exciting time in Australian and international music.