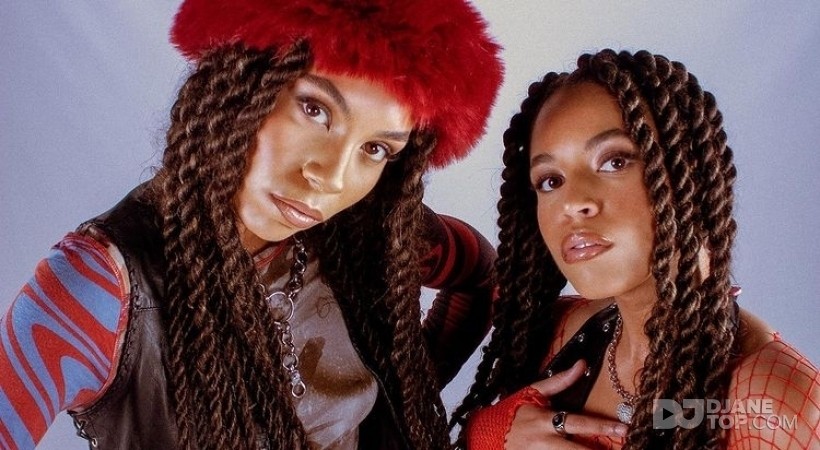 You can’t fake the kind of effortless cool that Kinder seem to radiate. Whether that’s through their dancefloor-slaying sets or their effortless sense of style, sisters Savannah and Briony Osei make an impact that leaves a lasting impression.
Growing up in Maitland in NSW, the sisters come from a strong musical pedigree. Their mother, herself a singer, started them on an aural diet of her classic vinyl from an early age, inspiring Savannah to pick up both piano and guitar and both sisters to begin writing music before they hit their teens. Once they both turned 18, Savannah and Briony pursued their interest in electronic music and began DJing for friends’ birthday parties and in local clubs.
Their diverse range of musical influences, from Lorde to The Cure, Fleetwood Mac to Peking Duk, is clear in their track selection, dabbling in Brazilian Bass and G-House– these ladies can play from sunset to sunrise and never have a dancefloor empty. This fact has clearly not gone unnoticed, and Kinder have recently enjoyed amazing feedback on their Triple J Friday Mix and played at a number of festivals, including: Splendour in the Grass (2017), Groovin’ The Moo Tour (2017), This That (2015/16/17), Mountain Sounds (2016/17). Kinder are looking forward to their appearance on the Alison Wonderland Scarehouse Project Australian tour.
In addition to their musical prowess, Kinder have built many relationships in the fashion scene as people look to harness their incredible style and fashion prowess. This has seen them recently work with General Pants Co, Nike, Tree of Life and Showpo.
Currently working on their debut single set for release in 2018, and with a stack of other exciting projects in the pipeline, how can Kinder be so cool but bring so much heat?