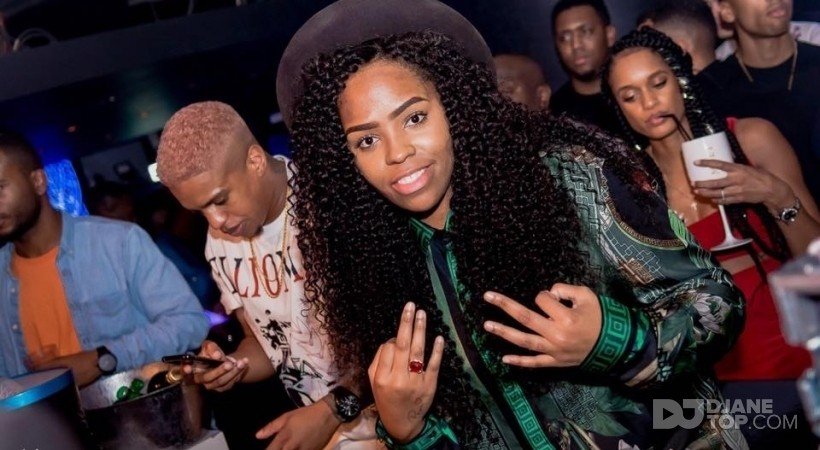 "If Groove had been a DJ, then Kimberlee Ramirez would be the perfect example. Or rather. The Epitome.”

“Music is an universal language. Everyone ‘speaks’ it, but not everyone ‘understands’ it. With this underlying thought Kimberlee Ramirez engages every single time the deejay decks to ‘communicate’ on a phenomenal way to her broad audience and makes her music understandable to a variety of audiences.

The love for music began at an early age. Growing up in a house full of musical influences and a huge passion for music, Kimberlee then knew that music would play an important role in her live. Her musical adventure began the bugle. After the bugle she explored the trumpet, but eventually she let her self seduced by the elevating rhythms of a drum-­‐kit. In the mean while Kimberlee Ramirez has evolved as a valued member in the Dance scene and is very well known in the nightlife and clubbing scene of Amsterdam & Rotterdam. Internationally she can add several countries such as: Cabo Verde, Dubai, Switzerland and London to her list of musical achievements.

Not just content with tearing up the decks in nights clubs, Kimberlee has also established herself as a producer. In 2010 she gain her first international release in collaboration with Iwan Dinero on Mastiksouls label' 4Kenzo Records, which is based in Portugal. The track 'Good Love' is a summertime fine feel good track that had allot of support of several big players in the scene.

As a DJ she makes “name and fame” with her groovey and sexy sets filled with a ‘story telling’ variation. Her energetic appearance seduces her audience to move passionately on her music. After several gigs and productions Kimberlee has been concentrating on creating her own style. The style of this truly hedonist does not fall under one heading, but it is a sexy cocktail of instinctive behavior and a boost of energy, contemporary soul, Jazz, vocals, techno and the warmth of UK influences. Anything she sets her mind to is attainable.

When words can translate the language of music, we go in search of that symphonic summary of its magic. Until then, we are confident that her dizzying beats will be comprehensive and guarantee unprecedented unique moments!