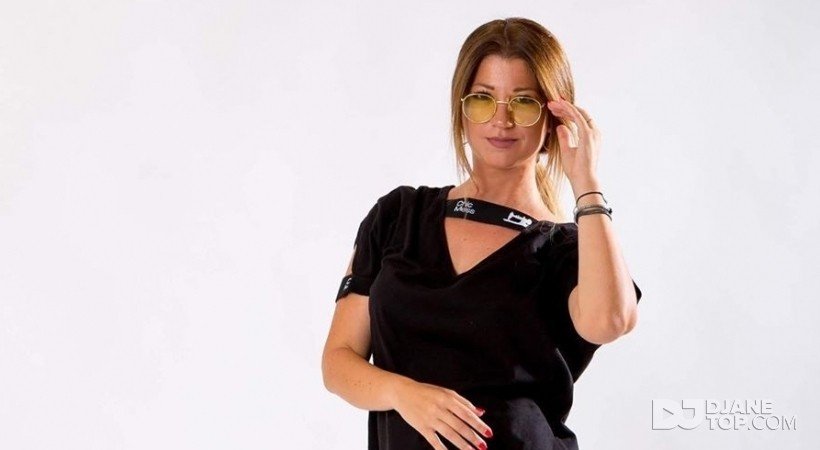 Kiki Bokonaki - KiKa, is dj and music producer from Greece with her own radio show on FLY104 daily from 14:00-17:00.
She was born in Thessaloniki, and he loves music since she was a child. She started working as a dj in 2006 in the city of Serres while she was already studying Computer Science there.

And that was just the beginning. Since then, he has traveled for dj sets all over Greece, as well as in other countries such as Cyprus, Germany and France.

She has worked as a resident DJ in many famous bars and clubs in Thessaloniki such as: ClubVogue, Shark Bar-Restaurant, Zucca, Piccadilly, The Real Rock 'n' Rolla and Aigli Geni-Hamam.
the radio, when she began to broadcast in manstaradio.com, with weekly live radio program with Sofia Pasali and also in Sunshine radio with weekly podcast.

Since November 2016, is on air of FLY 104, which is considered currently as the best radio station in Thessaloniki for electronic music, with hers own zone, daily from 14.00 until 17.00.

From 2014 until today she is in the family of A2ltd, created by dj Antonio and Tony G and well-established bookings company and more.

Also, she was the preparation dj set for the afrohouse diva Ananè Vega in Graceland in the event of madorasindahouse and so she did for Stefan Biniak in the Flea Market and for Phonique at the Regency Casino Festival in Thessaloniki.
She also took part in the 40th river party in Nestorio with Kiko Navarro in the summer of 2018.

Finally, the last six years she has started to deal with music production, realising her own projects. Some of these have been officially released in companies such as Break The Rule Records, Stab Recordings Berlin, DAL recordings, Seres Producoes and others for free on hers Soundcloud page.
Some productions are in collaboration with Sofia Passali under the name "Vibers" and others as "KiKa" or "Kiki Botonaki".

A bigger success is her co-production with Manuel Kane,for the EP "Catalyst" which released by Seres Producoes of the acclaimed Dj Satelite, including a remix by Christos Fourkis.