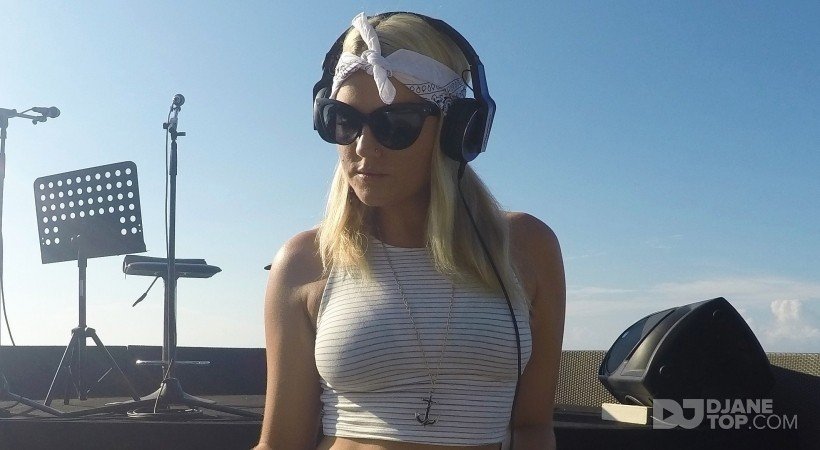 Kesha Ayres is an electrifying International DJ, Music Producer, Singer and Songwriter from the UK.
Growing up in the South West of England into a family who would listen to music 24/7 from a very young age she naturally developed an intense love for music and would mess around on DJ software making her own tunes and mixing. In 2008 she found herself in Indonesia where she decided to take it more seriously and learn to DJ professionally on the turn-tables! Since then she has never looked back and has been touring constantly all over Indonesia, playing at the biggest venues and festivals the country has to offer, as well as traveling further a field to places such as the UK, Singapore, Germany, Dubai. Bahrain, Oman, Qatar, Vietnam, Cambodia, Taiwan, India and Malaysia spreading her love for Dance Music around the world! Always keeping the crowd on the dance floor with her talent to select the right tracks, Kesha lies true to that of the discerning female music mastermind in a category of her own. Not only a DJ but also a singer, Kesha loves to add her own vocals to her sets, showing the endless talents she has to offer! Kesha's Music Production career started off with a bang in 2014 when her debut tracks "Fire" and "Get Wild" were released and she was signed with London's Panache Records and since then she has continued to release many independent tracks! When she was based in Bali she held a residency at the world famous Rock Bar in Ayana Resort playing an eclectic mix of Deep House, Nu Disco, Chill and Tech House, as well as holding residency's at some of Bali's most respected clubs such as Vue Beach Club, Velvet Hypnotized and Adora Superclub pumping out her signature mixes of Electro House! Kesha has also been a regular guest DJ at the famous Sky Garden on Bali's Kuta strip over the years!