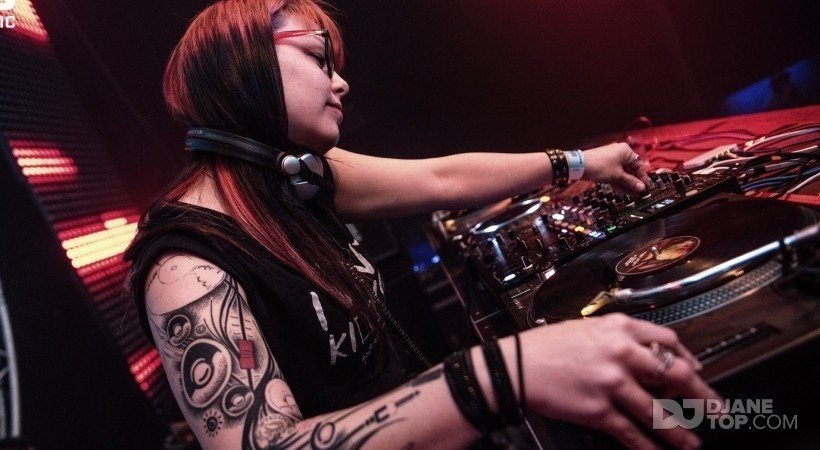 Kan-Jacca began Djing in early 2005, when she bought her first vinyls. In the same year she started playing her first parties before an audience and was soon invited to join a sound system movement known as the Dread Beat Squad. Up until 2009, she cruised the whole country performing an average of 2 gigs per week. These opportunities escalated her DJ career at an infernal rate and despite the absence of owning equipment, she still managed to hone a distinctive style of mixing, which can typically be heard in her sets today.

2009 was also the beginning of Mad Beat Worx crew, which brought together a few other DJs and VJs. During the next two years, they ran various activities – from the organization of parties over livestreaming events, to online radio shows streamed from home. During those years she even managed to gain her first foreign bookings and visit Slovakia, Austria and Germany. Unfortunately after two years, some individual members diverged so much that the crew fell apart… But this in turn created a space for further creativity and development which turned out to be the best thing that could happen. In 2011 she founded an all-female DJ crew known as BasSistaz, along with five other girls. This is where a new episode begins and since then the progression has been like fast forwarding a cassette.

It wasn’t long before she became the promoter of Imperialistic Night in Prague's Cross Club where many big names had played already; other outside offers soon started coming in and her personal "gig map" begins to acquire new pins with the names of Great Britain, France, Poland and the Netherlands. On the side, BasSistaz rapidly started growing to 21 djanes and during that time Kan-Jacca became a member of the legendary Czech crew - Touch The Jungle. This is where she also begins to collaborate on projects with DnB Portal and Sety.cz, and today she repeatedly appears in the first 3 places in “Best Djane” category for the Czech DnB Awards.

To make matters even more complicated and enthralling - this unusually hyperactive lady recently reached a few more milestones and gained a residency as a DJ for MethLab Agency based in Czech, and also became a member of the international djane collective known as Drum and Bass Express Girls.

Adding more layers of icing to this imaginary cake, it goes without saying that even with all of these projects in the works, she still to this day remains faithful to mixing purely on vinyl - which obviously still makes her incredibly happy. That along with her admiration of the "golden era" of DnB between 2000-2010 is what is projected into her sets and mixing techniques. This often evokes a pleasant audio-visual nostalgia for the partygoers and ravers, meaning once you see what this girl has to offer on the dancefloor - you’ll certainly be in for some bass heavy treats.