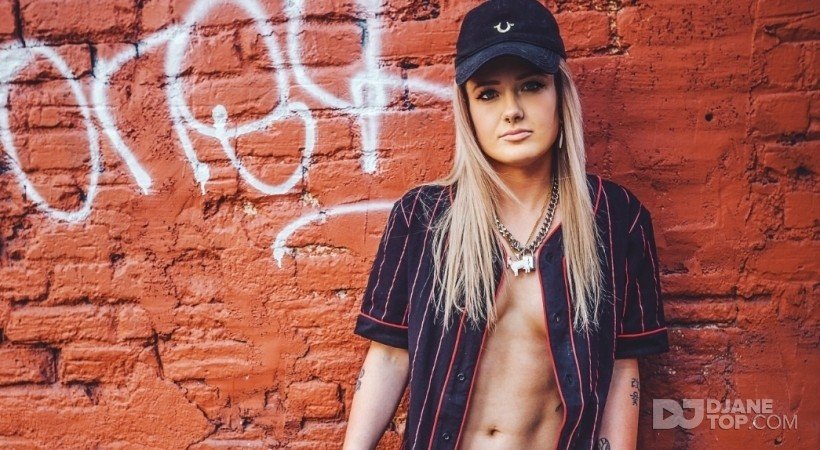 Jayne Gray grew up in rural Virginia and began recording herself rapping under the name Queen’s Habit at age 16. Not long after, she found herself gaining a small following under this moniker and became known for her raw and relatable lyrics.

From a young age, Gray felt a calling to live in California and made the move to Sacramento shortly after she turned 18. Here she attended university and quickly became connected in the electronic music scene by volunteering to work the door, promote, and clean up after events. After being given a DJ controller for Christmas, Gray spent the next two years teaching herself how to DJ and making a name for herself on the Northern California bass music circuit. At this point, Gray had a few years of DJing under her belt, an aptitude for lyricism and song composition, and a deep understanding and passion for the electronic music scene. Because of this, the next natural step in her mind was to begin teaching herself how to produce in Ableton Live. After beginning production in Ableton in the summer of 2017, Gray was traveling in London where she went on a ghost tour of the city. There, she was told the story of Lady Jane Grey, a past queen of London, and thus, her stage name Jayne Gray was born.

2018 was a big year for Jayne Gray. After a year of focused, self-taught production, and independent releases, Gray self-released her first EP titled “It Was All a Dream” under her label Bad Talent Records. The album was inspired by her experiences traveling in Europe that summer and drew deeply from her hip-hop influences and her taste for heavy bass music. “It Was All a Dream” gained attention from many EDM news outlets and ended up making the front cover story of ThatDrop.com in August of 2018. In addition to beginning to gain traction in the music scene, Gray was also beginning to find herself on larger lineups on the 2018 summer festival circuit. Gray landed direct support for Nitti Gritti and Bonnie & Clyde and found herself sharing lineups with Mija and Mr. Carmack at Santa Cruz Music Festival 2018. In addition to this, she was booked to play Emissions West Coast Bass Festival where she shared a lineup with Rusko, Baauer, and Minnesota.

In the beginning of 2019, Jayne Gray moved to Los Angeles where she currently attends Icon Collective and has been working on her next EP.