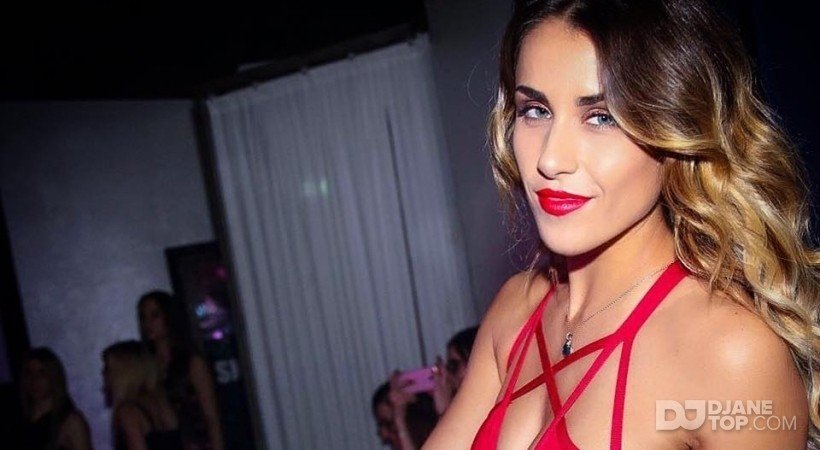 Jade was born in Rouen, FRANCE, in 1989. As a teenager, she is passionate about combat sports and fitness, she describes herself as a real tomboy.
It is in 2010 that this splendid young girl has the well done head throws in the public adventure ...
Passionate about music, she decides to go behind the turntables to mix in the biggest international clubs.
Bingo, a year later, she voted 3rd best world djette at the GIRLS DJ WORLD CUP 2012 - Golden Dj 2015 - in the Top 100 djane world with more than 2 million views on these videos of evenings!
Charm icon, jade is also on the cover of many sexy magazines.

The world of the night and the public are quickly conquered and the clubs fill up over the dates of the young woman ...
It's thanks to his energy, his good humor, his powerful mix mixing different musical styles (Electro house, EDM, hip-hop, dubstep, progressive, R'N'B, reggaeton,) that ignites every weekend the most prestigious world clubs
among them: FRANCE - BELGIUM - GERMANY - MAURITIUS - MAYOTTE, CANCUN, REUNION ISLAND, SWITZERLAND ETC ...
Jade knows how to take control of the track and adapt to his audience.

Jade is going fast ... Jade is fine ... She likes to go to the end of her projects and reach her objectives ...
Jade launches its first EDM title "IN DA FUCKING CLUB" with its video clip shot in Mexico, Cancun
inJanuary 2015

Then in September 2015 CARPET BURN featuring the rapper MIMS US whose clip was shot in New York.
Today his new bet ... The one to tell you the days of the year with his calendar 2016.