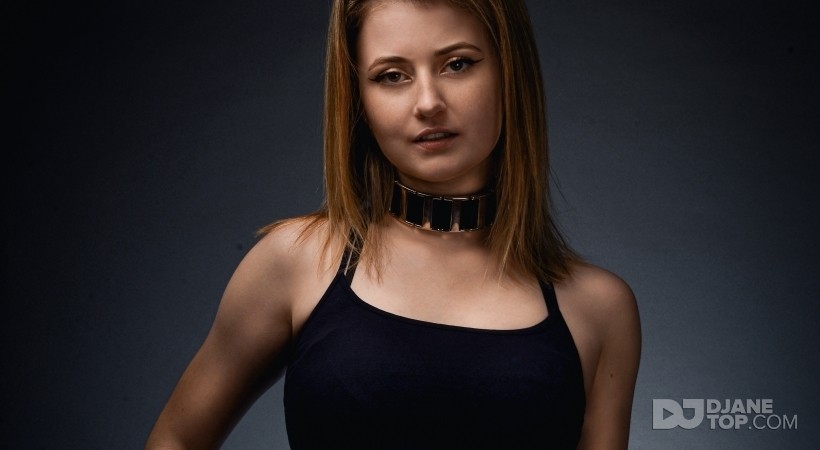 Her real name Thaïs, she discovered electronic music after her come-back in Europe in 2013. She first started by attending French rave parties, where she quickly found her favourite style: Hardcore.

Driven by her passion for hard music, she bought her very first pair of vinyl turntables at the age of 16 and started learning production. Quickly, this hobby grew and Hysta did she started performing during free events.

From 2016 to 2018, she started to make a name to herself thanks to some events organised by clubs or local radios. She was lucky to make her first appearances with famous artists like Le Bask, Dr Peacock, JKLL, Unit, Vortek’s, Ziqooh, Lem-X and many others.

After proving herself in France, in 2019, she has been particularly interested in the Swiss gabber culture, where she decided to settle down in order to open herself to new experiences.

There, she became co-founder of the Swiss hardcore label Handkcuf Records and had the opportunity to perform regularly in many Swiss clubs, including the SONIC Festival (biggest ElectroMusic event in Switzerland with 5 stages). Thanks to her growing motivation, she performed in Italy and Netherlands.

That year, she shared line up with international artist like N-Vitral, Lady dammage, Tellurian, Noephyte, Sefa, Mad Dog, D-Fence...
At the same time, she released her first production :

In 2020 she decided to make herself known in Europe. With a lot of labour she finally won many contests which allowed her to be detected by the famous French label Karnage Records and she joined the Karnage Soldiers team.

Mainly she won the dj contest organised by Audiogenic. Thanks to this success she did the warm up of the huge Born to Rave party in Lyon! (Line up : Mad dog, Art of fighters, The Sickest Squad, Andy The Core, radium, The DJ Producer, ophidian, The Outside agency, Psiko).

MARCH 2020 – Covid19 stops the whole world...The whole world except her. Thanks to her videos and live streams she made dance more than 500,000 people during the containment. With no parties to attend she devotes herself entirely to her productions. She released a single entitled “Lockdown” with her friend Spiko with Handcuf Records, followed by a solo track “Run and Hide” included in the album “Ready to Fight” , which reached the TOP 5 on Hardtunes!!

Recently, her productions have been selected to appear on two compilation of More-Music :
- Hardcore Nightmares Vol. 7
- Hardcore Vibes Vol. 3

Today, her style is characterized by its dynamism and musical diversity, as hardcore as mainstream or frenchcore. Passionate and ambitious, she wants to share her music around the world. Be careful because she has many surprises for you which will be announced soon.