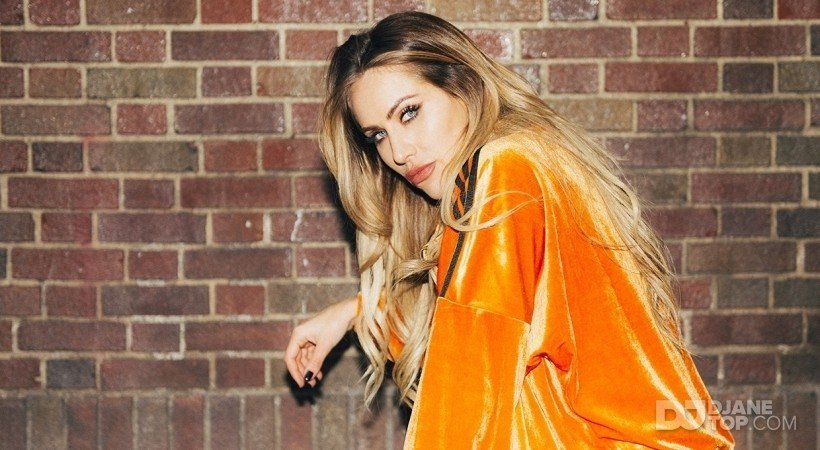 In the world of electronic music there are few personalities as determined and versatile as Helena Legend. With a slew of chart-topping tracks under her belt, plus a dizzying array of club and festival bookings around the world and a huge, dedicated following, she had already achieved a huge amount by the beginning of 2016. But, not one to be stuck in an evolving scene, she took a huge risk and decided to change her musical direction, shifting gears and unleashing a potent new sound. After the release of her first EP ‘No Explanations’ (Part 1 & Part 2) via Ultra Music/Sony Music in December 2016 and February 2017 respectively, which showcased this sound to an overwhelmingly positive reception, feeling galvanised by this support and brimming with confidence, she is poised to continue gracing the planet with her electrifying DJ sets and superlative productions armed with a renewed zest for her craft. Full of ambition and limitless energy, Helena is poised to take things to the next level as she explores her exciting new direction.

Helena was born in Bristol, UK and her journey to her current standing as a DJ and production powerhouse has taken her from the West Country city to Ibiza, where she worked in club promotion. Her first plays on the decks were after school sessions at her high school friends house known as the UK DJ 'Eats Everything' from here to endless hours mixing in her bedroom, was where she learned to DJ and soon found that her natural aptitude for playing music put her in the limelight. A move to Australia cemented the foundations of her blossoming DJ career and she became one of the nation’s most iconic selectors in just a few short years. With the foundation of classical training at the core of her innate musical abilities, her debut single ‘Girl From The Sky’ hit the No.1 spot in the Australian club charts and remained there for four weeks. From there on in, she skyrocketed into the stratosphere and beyond.

Global tours, and a string of chart-topping releases followed her debut single as Helena put her all into maintaining a high level of consistency and professionalism – keeping things positive, uplifting and soul-enriching every step of the way. A firm believer in the transformative power of music, she has remained staunch in her approach, making sure every crowd she plays to gets a large dose of euphoria and energy with every set and, of course, every piece of music she makes has the same fundamentals in its DNA.

Helena’s hard work and dedication to her craft is unwavering – which is evident in her brave move to change her musical direction. Inspired by her peers, Major Lazer and Chainsmokers, Helena has injected a fresh aesthetic into her music, blending the sensibilities of credible pop music with the potency of the sound cultivated by Diplo and co. Her successful switch has been facilitated by her versatility; being able to seek out and play new music, to vibe with fresh tracks, connect with new artists and even singing on her own tunes, injecting everything she does with a fresh burst of passion.


On the road, Helena has been busy as always, from countless festivals and a heavy presence in China, to the ‘Beauty & The Beard’ tour of the US with her buddy Kennedy Jones plus a worldwide touring schedule. She has rocked dance floors at festivals all over planet Earth including Tomorrowland, Big Day Out, the Future Music National Tour, the main stages of Ultra Music Festival and Stereosonic as well as touring Asia supporting Alesso at a series of sold out stadium crowds. Though she’s just as comfortable playing to smaller crowds at intimate private parties including Taylor Swift’s Superbowl party. Demand for the star’s prowess on the decks never wanes, in fact it continues to grow with an army of fans all over the world inspired by her work ethic, positive attitude and unforgettable music and performances. Her ambition to embark on her own arena tours is sure to become a reality in no time at all, and it seems she is capable of achieving everything she sets her sights on. As well as music, Helena’s passion for fashion will also come to fruition with the launch of her new label later in 2017.

Helena Legend was already a force of nature and buoyed by the success of her new direction, there is nothing she can’t achieve. Equipped with boundless energy and love for what she does, she will continue to criss-cross the globe leaving hundreds of thousands of fans full of joy and positive energy along the way.