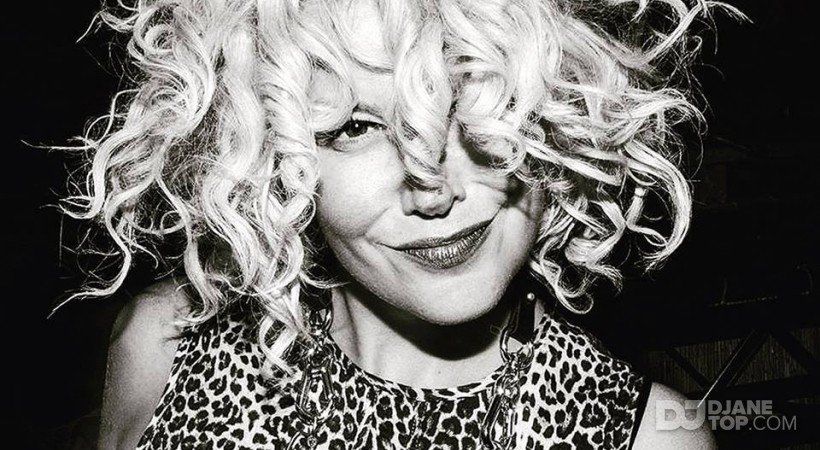 Heidi has worked hard over the past decade to make her mark on the new house and techno music generation. You only have to visit her worldwide brand of Jackathon parties or listen to her BBC Radio 1 show to experience her passion for music and fiery nature.

“It’s the way you bring it. If I stood there staring into a laptop and not looking at the crowd once, I could play all the hits and it would sound like shit because I wasn’t interested in it,” Heidi explained to the Independent newspaper in 2011, “I came from the dancefloor, I love dancing, it’s disappointing when you leave without a strong memory from the night, I want to finish it with an explosion.”

Her Jackathon parties were inspired by her youthful endeavors into house and techno music. Heidi heard its calls across the water growing up in Windsor, Ontario Canada, just across the border from Detroit. Relocating to London in 2000, she picked up her craft and deep expertise behind the counter first at Koobla Records, and in 2003 Heidi was part of the team that opened up London’s foremost record shop, Phonica.

“I started in 2004, then it kicked off during the summer of 2006. That’s when Get Physical were at their peak and the M.A.N.D.Y guys and DJ.T took me under their wing.“ After a brief stint in Berlin, Heidi was invited in 2008 to do her own BBC Radio ‘In New DJs We Trust’ show on a six month contract. She remains there to this day, now hosting her own ‘Radio 1's Residency’ on Thursday nights.

“I’m very persistant. When I heard ‘In New DJs We Trust’ was finishing I made a conscious decision to move back to London because I was like “I need to be involved, I need to be as in-their-face as possible and say ‘Look I’m here and I’m dedicated, I want do something’”

In 2009 she started the Jackathon events at various nightspots across the globe. Both platforms allow her to invite her peers and compadres such as Richie Hawtin, Soul Clap, Solomun, Maceo Plex, Nicolas Jaar and Derrick Carter to share stories and special musical moments with her. In 2011 a compilation album of the same name was released on her original home label, Get Physical, and a sublabel called Heidi presents Jackathon Jams was born from its success. The first EP features an all female cast including Maya Jane Coles, Miss Kitten and Tini, but the Jackathon is about energy and unleashing some of that magic created on the dancefloor.

Heidi spends her life immersed in music. She lives and breathes the touring lifestyle, whether its 25,000 person crowds in Latin America or festivals such as Exit ,Global Gathering, Detroit's Movement fest and the infamous cave of fabric in London or Japan’s Womb or holding her own at Jackathon residency strongholds in Ibiza, London, Berlin’s Watergate and Manchester she fits within any destination around the world. Never afraid to fight for what she wants, for Heidi it’s not about right place, right time. She has won through sheer determination and sharing the magic with those she loves at every step.

“I made the leap of faith into choosing this as a career and putting every last ounce of energy I have into it. I could have flopped on my face but I stuck it out and proved myself to my peers. Every achievement was because I gave 110% of myself, treated everyone with genuine kindness, and sacrificed things in my life that people take for granted.”