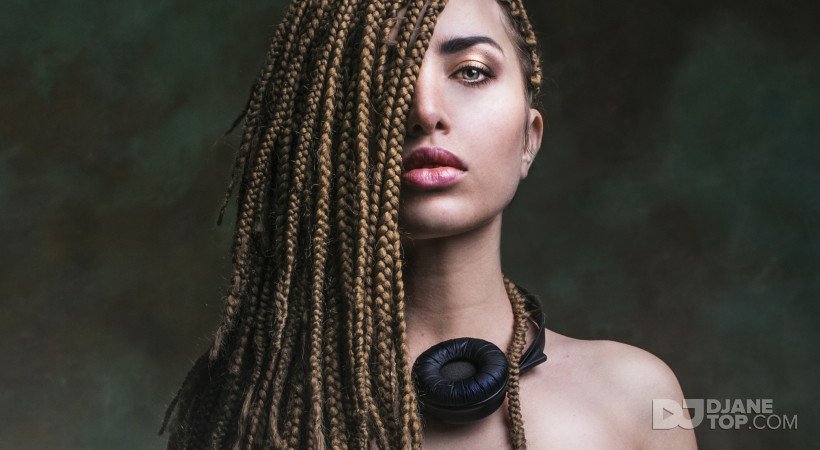 #EDM#Hip-Hop/RnB#House/Funk/Soul
Voting is Over
Awards

Dj Eva Fiesta - is a hot-blooded and brave Russian soul raised in severe Siberian conditions! She is not just an attractive young lady that gathers crowds of fans around herself, she also perfectly feels the audience!

Dj Eva Fiesta has played in Vogue Nights, Presentations, Private Parties, House/Hip-Hop/Deep/Mash Up parties, which were super successful! Her charming smile and perfect understanding of each party's format help move forward in her musical career.

Dj Eva Fiesta has been playing since 2008.
After a few parties she became a resident Dj in one of the top clubs in Siberia. Afterward, she got "Best Lady Dj of Siberia" award from Night Out Club magazine and “Opening of the Year Award” from AllNight awards. Dj Eva Fiesta made a big tour around cities in Russia, where she blew up dance floors and stole her fans hearts.

In 2010 she started a collaboration with TM Marlboro and was an official Dj for their events around Russia. Marlboro Parties have become really legendary and unforgettable since then!

In 2013 and 2014, she was a headliner for the Grelka Festival in Ski resort Sheregesh, which entered the Guinness Book of World Records. In the same, She played in Phuket clubs (Thailand) in the same year. Moreover, she took part in creating an internet-show on DJing by directing the project.

Since 2014 she has been playing in Milan in such clubs as Just Cavalli, Vibe Room, Lime Light, House Cafe, Hollywood Rythmoteque, The Club, Old Fashion, and others.

In 2015 she was a resident Dj of the Russian Pavilion at Expo 2015 (for 5 months), where her simple musical accompaniment turned into a great party which guests did not want to leave!

In 2016-2017, she was on tours around Russia, Italy, France, and Switzerland: Milan, Paris, Florence, Stresa, Venice, Florence, Palermo, Moscow and other cities. In 2018, she is going to play on tour in Asia and other European countries.

Dj Eva Fiesta - is a mix of sexuality, great musical taste and a clear understanding of what exactly your party needs!