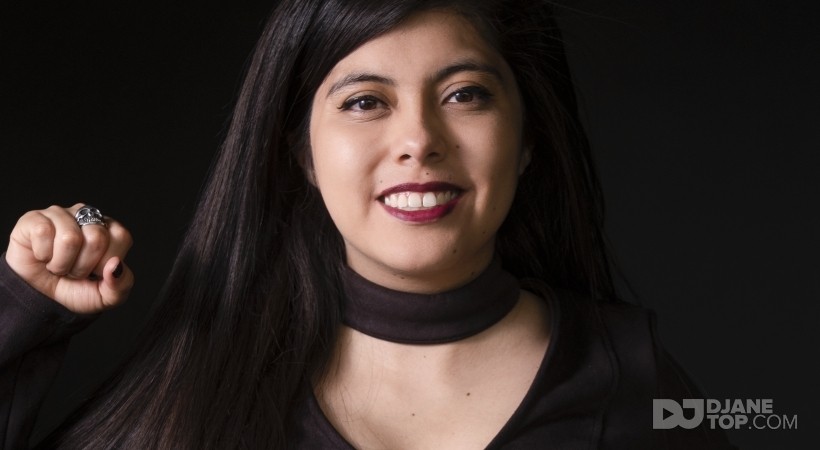 Estefania Jimarez started her career as Dj/Producer on 2013 in Mexico City. In her early years she became known with genres such as EDM & Psytrance in events and Clubs of Mexico City.

In the years 2016-2017 she gave a twist to her music excelling in the World of Hardstyle. In 2018-2019 performing at festivals such as Aqua Color Fest 2018, Santa Ana Music Fest and events in Mexico City, Toluca, Hidalgo & Puebla.

In 2019-2020 she connects with Hardcore & Uptempo being those her current style as its energy and strength are what characterize her way of mixing.

The last live Event just before the pandemic was in Guatemala with Hardstyle 502 where she made her music known in this country. Her most outstanding tracks are:
- Quetzalcóatl
- Mictlán (Original Mix)/ft Yunke
- Nahualli ft Cyborg
- ANXIETY
-Baby One More Fck – Britney Spears (Remix)
among others…


She have music collaborations with artist from Spain Yunke & Cyborg on Monsters Of Core Label.
During the pandemic she has worked in production and making mixes for virtual events and Podcasts in Mexico as well as for Spain, Chile, Colombia, The Netherlands and Guatemala.

Hysta a French Dj /Producer supported her for the Remix of her track “Lockdown” ft. Psiko, this one for the label Karnage Records from France. This making her the biggest exponent of Hardcore and Uptempo in Mexico. Being a Dj of national and international stature positioning herself in the #92 DjaneTop of North America 2020 and the first mexican djane of Hardcore at EDC Mexico 2022

Her energetic essence and tough style will leave you amazed!