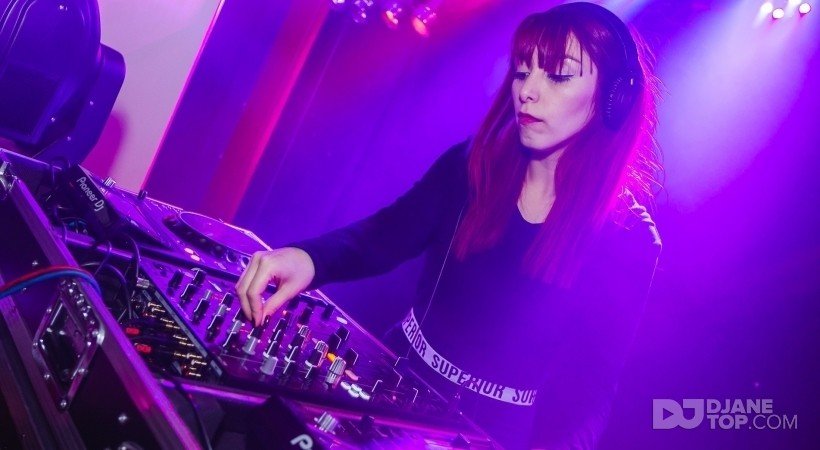 Powerful bass lines, hard and hypnotic sounds are what make it stand out in the various settings in which it has been performed; Since childhood she has had a close and strong relationship with music, passionate about the arts, especially singing, modern dance, and the mixing of sounds with various programs and instruments.
This Santiaguina begins at 14 years old to venture into Disc-jockey, which she did with great enthusiasm in her free time, deciding to start professionally in 2016 after an intense search for sounds that would identify her in the diversity of her tastes musical, she was initially attracted by the sounds of Drum and Bass, accelerated breaks combined with powerful bass lines and atmospheres, which later became heavy and raw Techno Industrial sounds, which made her remember her taste for hardcore punk and extreme metal.

In his presentations he plays a lot with the incorporation of different rhythms and styles, thus managing to connect the audience through a journey full of intensities and nuances, which go from cold and cruel textures to ardent and full of energy.

In 2019 DKSTLE was incorporated into the Click Artist Agency South America roster, and named as a resident of the "Espacio 93" Club, where she has shared a booth with great exponents internationally.
In March of the year 2020, he is part of the ecosystem productions artists' collective, and begins with ANATTA his space called "The Outsiders" on Fnoob Techno radio in the UK.