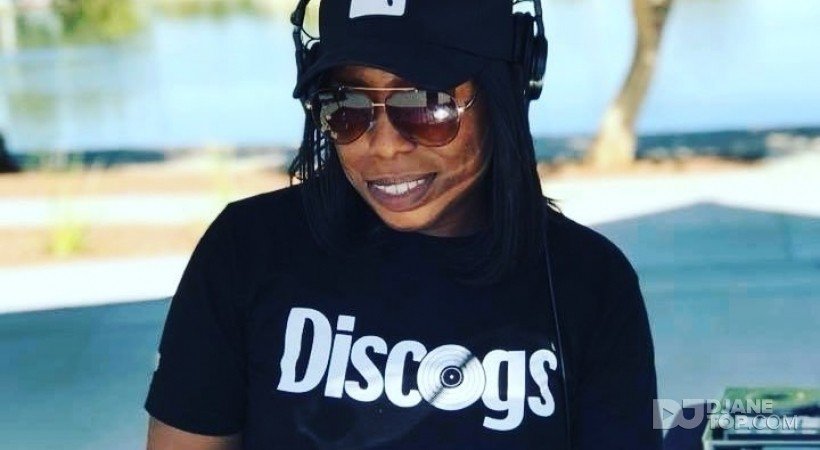 DELA, a Chicago transplant, began her passion for music at the age of eight. Growing up under a talented family of artists and musicians, she inherited her passion for music to become a disc jockey. Dela’s love for all genre of music and being versatile at both analog and digital sound, she has achieved the highest level of respect as a female disc jockey and is persistent at moving her listeners. While growing up Dela’s musical mentors were Chicago’s Legends of the house music, Dj Reg Mcclain.

At the age of twelve, Dela started her dj adventure and enhanced her talents of djing. She later matured into landing professional gigs holding residency at some of Chicago’s local city and downtown clubs.
​
​ Dela explored her skills in competing in a dj battle. She the final winner of a two month competition “Battle of The Djs at a local bar located on the southeast side of Chicago. This event gave her recognition and she was interviewed for a column in The 5 Magazine ~House Music From Chicago.

Dela continued her success in promoting her talents around Chicago as she was later featured in a local Chicago magazine True Elegance.
​
Today, Dela resides in Phoenix, Arizona where she is well known throughout the valley. Since relocating to Phoenix, Dela has established a professional network with music distributors and managers of the music industry. Dela continues to enlightening ears and is firmly put on the map and providing energy. Dela has led a crowd of more than 300 club goers though an energetic music zone and is now in high demand to dj at venues all the valley. Her energy of music has landed her guests spots throughout the club scene.

The Phoenix Record Swap Meet , an annual record event held in Central Phoenix extended an invitation to Dela. There she did an opening spot at the event’s after party with special guest Zernell Gillie, designer of Grimy Gear and Record label Grimy Edits. There she was introduced to the most respected individuals in the music/marketing worldwide industry. Dela had the opportunity to show her talents and was recognized by distributors and community managers of the record industry.

Later, Dela was given the invitation to play a guest spot for The Crate Diggers Record Swap Meet hosted in Portland, Oregon 2015 and Discogs, Phoenix, Arizona, 2017 and 2018.

Phoenix has brought many opportunities for Dela. She now holds a monthly residency every fourth Saturday at The Bikini Lounge located in Phoenix, Arizona. You can check her out playing all Vinyl sets, as she hosts her “Musical Pleasure Saturdays”. Dela also participates yearly as a guest dj for The Phoenix House Fest alongside other guest djs.
​
She continues her musical expedition at entertaining, hypnotizing patrons and party goers. You can witness Dela’s talent by following her on Mixcloud.com/dela0576 where her mixes are featured.