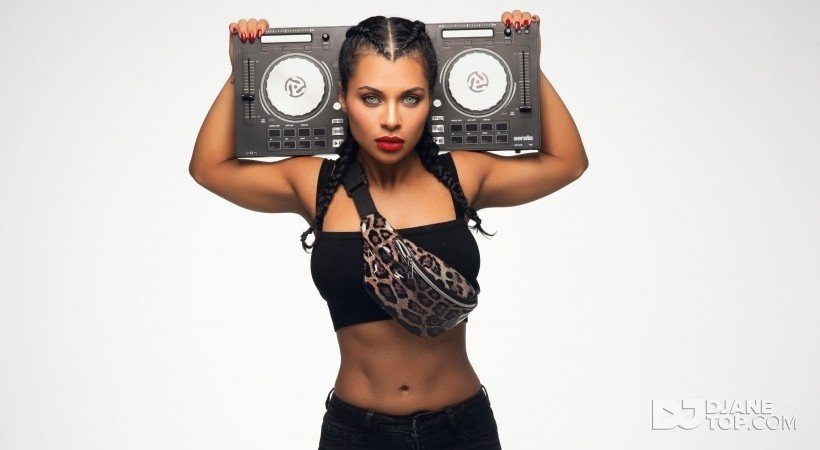 AMY REBECCA aka Deejay CURVY was born in Miami, USA on November 21st, 1994. She spent her childhood in Dominican Republic & at the age of 10 she started taking music lessons starting with the clarinet. She also plays the saxophone, flute, and guitar. She comes from a family of musicians including notable Latin Grammy winning members. One can say music just runs through her blood. She spent most of her teenage years as a superior soloist in the state of Florida and spent her summers perfecting marching band compositions. Her mother and father, musicians and composers themselves, encouraged and supported her passion for music.

In 2019, she relocated to New York city and parted ways with the classical music genre to pursue a more mainstream audience by producing and mixing music for festivals and special events. She studied at the prestigious DJ academy “The Foxgrove” in the heart of Manhattan & signed a management deal with celebrity agency Ramiro Productions.

Along her background in music, she is well rounded in other areas such as health and fitness. In 2012, she discovered her passion for fitness. She’s always been a gym fanatic and started competing in bodybuilding at the of 18 years old. She became nationally qualified at the age of 18 and that’s what started her career in fitness modeling. In 2016 she pulled the trigger after finishing college and moved to Los Angeles to pursue and further her fitness career. In 2017, she competing and became the WBFF Beverly Hills overall champion and was awarded her PRO status in the bikini category. In 2018 she traveled to London, United Kingdom for the WBFF European Championship where she placed top 10 in the continent amongst the highest professional level athletes. She is currently training for the WBFF World Championship 2019 to compete for the world title.

After being successful in fitness, she became a well known icon and became an influential social media personality. By moving to Los Angeles, she was encouraged to model and act. She has been featured in music videos such as “El Anillo” by Jennifer Lopez, “Swap Meet” by Tyga, “Heroine” by Nick Monaco, and “In da bank” by Famous Dex. Not only did she participate in music videos, but landed covers in notable magazines such as Playboy and FHM. She has been featured in Maxim Magazine and Esquire Latin American several times. She studied acting in Speiser & Sturges acting school and studied improv in the notable school of Upright Citizens Brigade.