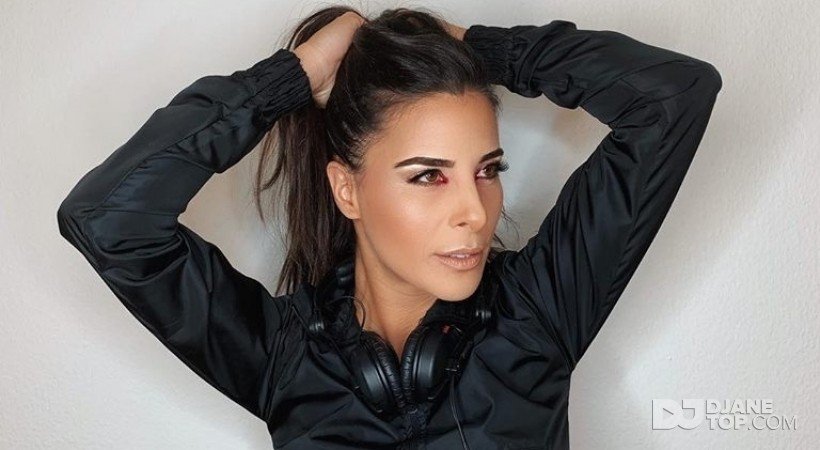 Carol Fernandez aka Carol Kenzo, born in Berne to an italian father and spanish mother, spent many of her early days listening to music and took classic piano lessons at the Conservatory in Berne. Influenced by her father Toney D, who is a DJ producer and composer in his own right and who has worked all over the world, she grew up in a musical environment. For fifteen years, her father ran “Fantasy”, the first DJ record shop in Switzerland. During this time she really got into the music scene and so discovered her love for the turntables.
At the beginning of the techno and house movement in Switzerland, she was spending the nights dancing at parties and came to meet lots of people active in the scene. Although the spirited Carol was born in Berne, she spent much of her youth in London. Even back then, she felt she would at some point pursue a career in music.
Since 3 years Carol is constantly spinning in and around Ibiza and is frequently Guest DJ at the world famous Radio Station “Ibiza Global Radio”.
She wants to extend her music style with her new pseudonym Carol Kenzo. Carol Fernandez will be more Pop, Tropical House, commercial Music and Carol Kenzo will be strictly House like Deep House, Tech House, Jackin’ House, Funky and Classic House.
A new EP is planned with the name “Carol Kenzo - Morenita” and with Carol Fernandez - You Will Never Know (Toney D Tech Pump Mix) with original tracks composed and produced by herself and her father Toney D, delivering on-point, pumping house sounds that look set to turn the clubs on their heads and rousing house beats, guaranteed to turn any event into a joyous riot.
Thanks to her large fan base, Carol’s reputation precedes her. Party organisers book her not just because she plays good music, but also because in her own special way she seems to create an atmosphere like no one else can, spinnin', playing Keyboards and Percussions at the same time.