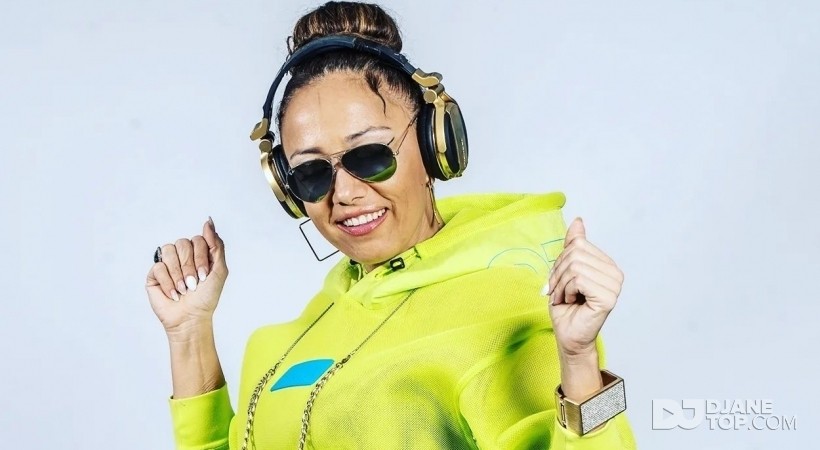 DJ Carmela, was born and raised in Naples. She has approached hip-hop when in Italy it was almost unknown.
In 2001 she had the possibility to be in contact with celebrities of "hip-hop" participating at "The Source hip-hop Music Awards" held in Miami Florida.
She started her career as a Dj along side with Lucariello, the famous Neapolitan rapper. Their showcases got the crowd hyped up and the presence of a female dj on the turntable did get a lot of attention. Dj carmela, very keen in scratching and cutting up, started her career as turntablist, just like that. A lover of vinyls but also approaches digital.
From stage concert to club dj booth (supporter of artist such as Chris Brown, SnoopDog, Waka Flocka, Steve Aoki, Ozuna, Nicky Jam, Daddy Yankee, Sottotono, Neffa, Wyclef, Dj Kool, JT Money, Fatman Scoop, La Famiglia, Capleton, Dj Tony Touch, Coolio and much more).
DJ Carmela is a constant presence on the turn tables all over the peninsula (Florence, Milan,Vincenza, Rome, Bologna and Naples). She has worked also overseas Deejaying in Washington DC in 2014 in a high end clubs called Joseph's Lima and Cities. Has worked in all High end night life in capital cities across America. In the summer of 2019 was a special guest at a rooftop party on an exclusive location in Manhattan Dreamland at Good Behavior held at the Made Hotel.
In 2015 she was awarded the Facenight award for best hip-hop raggaeton DJ the Campania region.
Dj Carmela, guest of various radio and television programs, has also written for newspapers with a column of her own in which you could find curiosities and news on the type of music she played loved and supported. She also conducted a radio program (Dj Carmela show) on a Canadian web radio that was streamed on iTunes channels.
She was also chosen as the brand ambassador of the Prevane fashion house, a brand strictly made in Italy.
Dj carmela with her dj set is able to satisfy and capture every kind of crowd, from the most picky people looking for that quality selection, to the ones simply looking for a hit to dance and an easy song to listen; from east coast style to west coast, stopping by the south style, from smooth and soft sound of R&B and soul, to the metropolitan sound of hip hop enriched with Dancehall, Reggaeton, Dembow and Afrobeat rithyms. That's the melt that makes so catchy the whole sound of dj carmela. It's impossible standing still when dj carmela is on the wheels.