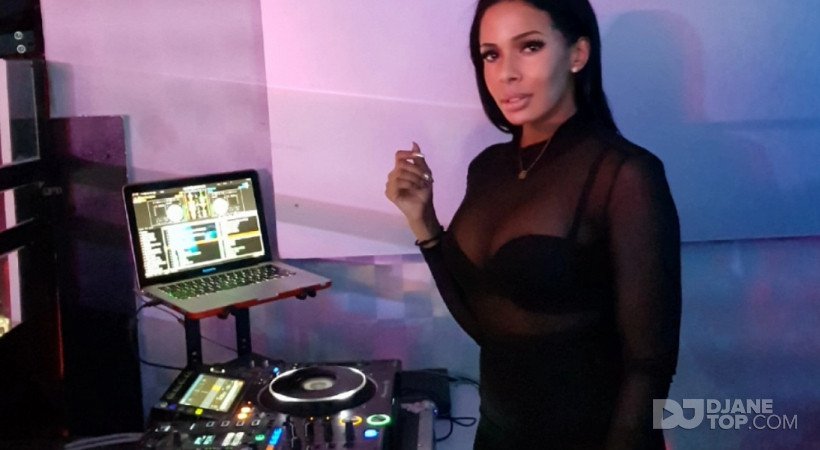 Maymuna Suleyman a.k.a Deejay Brooke Bailey was born and raised in Belgium to a Belgian mother and Ghanaian father. At a tender age she already discovered her love for music, she played the violin, singed and even pursued an acting career. It wasn’t until 2008 that she discovered the deejaying profession after the then manager of one of her male deejay friends convinced her to also start practicing as there was a lack of female deejays at the time. It is during this time that she started playing all over the Dutch party scene, opening for acts such as Brick & Lace and Kevin Little, who were hugely popular at the time. During these years she also pursued a degree in Media and Entertainment management at the Inholland University of Applied science in Rotterdam (the Netherlands).

After a three year long break she moved back to Belgium in 2012, she changed her deejay name to Deejay Brooke Bailey and landed a residency in the then biggest club in Belgium, NOXX. Here she played alongside superstars such as Young Thug and Ace Hood. After taking over the Belgian scene, she decided to become a predominantly Afrobeats deejay, seeing this as a way to display her pride for her African heritage. Since 2014 she has played in different countries from Sweden, Denmark, Norway to Cyprus, Ghana and Nigeria, frequenting at some of the biggest West-African clubs such as Quilox, Grill at the Pent (Cova), Carbon and Soho. In 2016 she was nominated for two ADMA awards, for best Mixmaster and best Deejay of the year. Besides more then 7 years experience as an international deejay, Maymuna was handpicked by the Vice-president of Equatorial Guinea to organize and secure the artists for his 2016/2017 New-Years concerts in Bata (Equatorial Guinea). Inviting Davido, Kcee and Bisa Kdei for one of the most amazing New Years concerts to ever rock Equatorial Guinea. In May 2017 she joined the group of deejays that will tour the world as part of the Quilox World tour as Juni 2017 saw her deejaying at the President of Equatorial Guinea’s 75th birthday party which was richely attented by African royalty and heads of State alike.