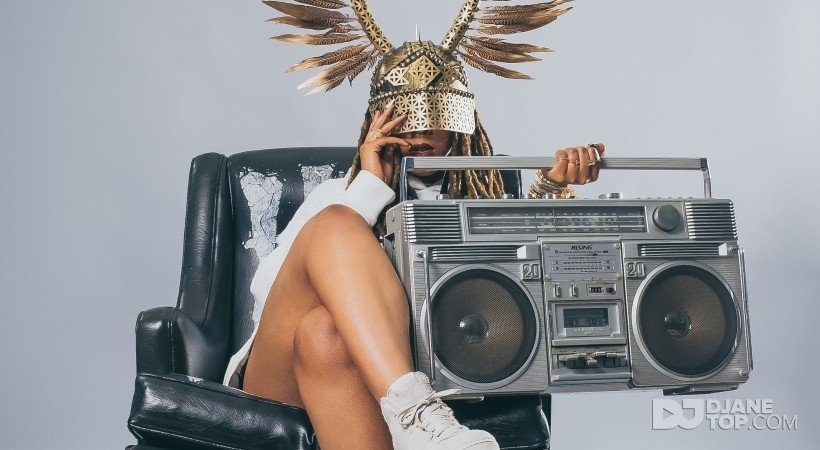 DJane name BEAUTY AND THE BEATZ

BEAUTY AND THE BEATZ Biography

Born Sierra Roundtree, DJ Beauty and the
Beatz turntable prowess has never dis-
appointed her audience. Her style ranges
from Hip Hop to Pop to Top 40s, to
various EDM genres, Reggae, R&B, and
World Music. Hypnotized by her sound, poise
and mainstream appeal, most are even more
fascinated by her story. Its not often, if at all,
that you are musically mesmerized at a concert,
rocking to your favorite beats, having the time
of your life, only to look up and realize that you
are jamming to a 17 year old female DJ. Hailing from Las Vegas and now a resident of the Nation's Capital, Washington, DC, DJ Beauty and the Beatz was exposed to music by her father before she could even crawl. Riding in the car with him while running errands, she realized her own love for beats and lyrics. By age 6, she began recognizing samples used by different artists and shouting "air" suggestions to the radio DJ to play songs based on their similarities. Her parents quickly recognized her ear for music and borrowed a set of turntables from a friend so their daughter could learn the craft. Unable to read "How To DJ" books at the time, Sierra took to YouTube as her instructor. By 8, she was spinning at school events and corporate gigs.
Now recognized as a celebrity Deejay, Beauty and the Beatz
has entertained the Obamas, Will Smith, Doug E. Fresh, Teen Vogue's former editor, Elaine Welteroth, Jamie Foxx, Ariana Grande, Sway Calloway of Sway in the Morning, and so many more. She's partnered for heavy weight projects with brands like Sony, Abercrombie & Fitch, Smithsonian, Target, Colgate, Toyota, Uggs, VH1's Save The Music, and was even the official DJ for US Women's Soccer Team's SHE BELIEVES tour. By 15 years old, she was approached, and agreed to open her life and home for the filming of MTV's My Super Sweet 16. Recognizing her ability to influence fans, DJ Beauty and the Beatz uses her star power for good by purposefully inspiring girls to live their dreams out loud "BE SO GOOD THEY CAN'T IGNORE YOU"