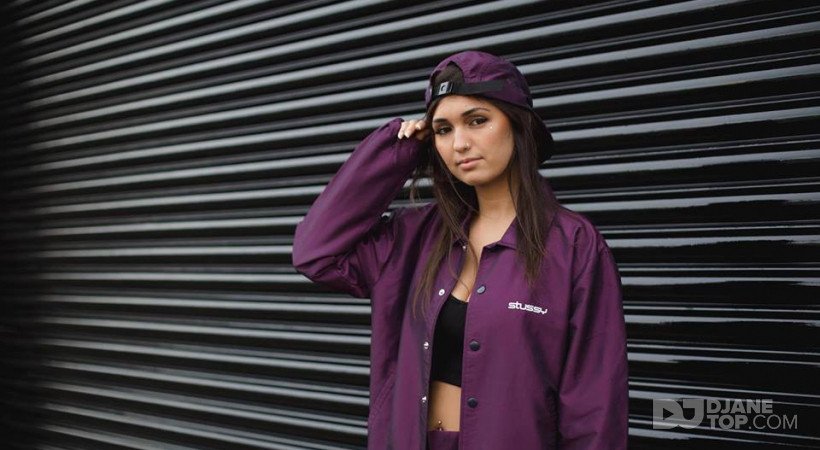 London based DJ Barely Legal is one of the fastest growing talents in British clubland. Growing up at home with a garage aficionado mother ensured that Barely had UK bass music wired into her programming from an early age. As a young raver, she purchased her first set of turntables in the summer of 2011 at the age of 19, and received immediate support from her Mancunian friends Chimpo.
Her selection of rugged and varied styles of electronic music initially turned the heads of underground authorities such as Marcus Nasty and Scratcha DVA, who broadcast her mixes on the notorious Rinse FM. A feature on BBC Radio 1Xtra’s 1500 seconds of Fame soon followed, demonstrating to the mainstream her ability to seamlessly weave beats together. This resulted in a call back six months for her popular fortnightly Daily Dose Mix series.
Her success on the airwaves paved the way for her transient rise to the live stage. Barely has received bookings at some of the biggest clubs in the UK and around Europe, such as the world renowned London superclub Fabric, and performed at the celebrated Outlook Festival in Croatia two years running. Her eclectic set lists has often been a breath of fresh air across dancefloors nationwide, adding dimension and colour to the fashionable House backdrop of contemporary clubland.
Retrospectively it seems inevitable that Barely Legal would attract the attention of Grime godfather, Wiley, who invited her to play at his Eskimo Dance and MC’d over one of her Daily Dose mixes alongside the formidable Scratchy, Riko Dan and God’s Gift. Regardless of anyone’s opinion, Chloe Robinson is becoming increasingly hard to ignore. With rumours of her own forthcoming production, her peer reviewed talents are fast developing and will surely see her become a fierce competitor as a producer.
2013 has already been a sterling effort from the 21 year old, the movements she has made recently include a booking at Manchester’s mighty Warehouse Project this Autumn. Barely and her growing fan base clearly have a lot to look forward to.