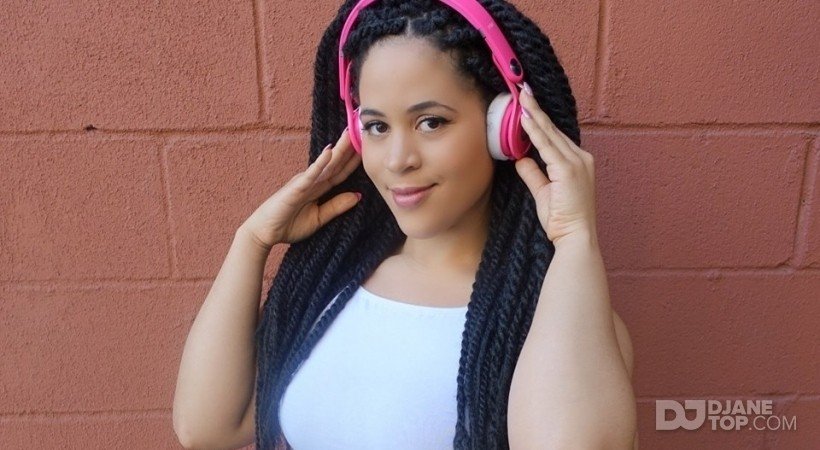 Amina Zena discovered her love of music at age 12 when she began to take private flute lessons after school. She also plays piano, guitar and was a part of the high school show choir and drama department; performing has always been in Amina's blood as she always landed lead roles and solos.

She attended college at West Virginia University where she was a radio host/DJ at the campus station, she and her twin brother were known for being the campus YouTubers and they both are currently YouTube partners. After college Amina moved to New York City and was hired by CBS Studios to work as a Page for BET's 106th and Park. Eventually Amina left corporate entertainment and began working as an independent contractor. Although Amina has a natural disposition for the camera she decided to go back to her first love of music.

In October 2014 Amina enrolled in DJ lessons at Dubspot Electronic Music Production and DJ School. By January 2015 Amina was playing at some of Manhattan's biggest night clubs and spinning private events. In March 2016 Amina joined forces with Quiet Events, which specializes in Silent Disco Headphone parties, she won her first DJ battle by 1 vote and has been DJing with Quiet Events almost every week ever since. Each party has 3 DJ's, so when she DJ's with Quiet Events she plays EDM, Top 40 and Dance music, which are her favorites.

Once Amina became more established in the NYC DJ scene she ventured into production. She taught herself Ableton Live and in November 2016 she produced and published her first original track "Bubble Gum." The official video release for the "Bubble Gum" music video is scheduled for March 2017. In the meantime Amina will continue playing gigs and working on new tracks.

Amina's ultimate goal as a musician to bring people from different backgrounds and cultures together and to bridge the gap between Rave and Hip-Hop culture. She's known for keeping the crowd hype, with lots of beat drops and jumping. When she's not in the studio or out slaying in the club she can be found in the gym as she's an avid power lifting and spinning enthusiast. She also loves to travel and is a self proclaimed book worm.