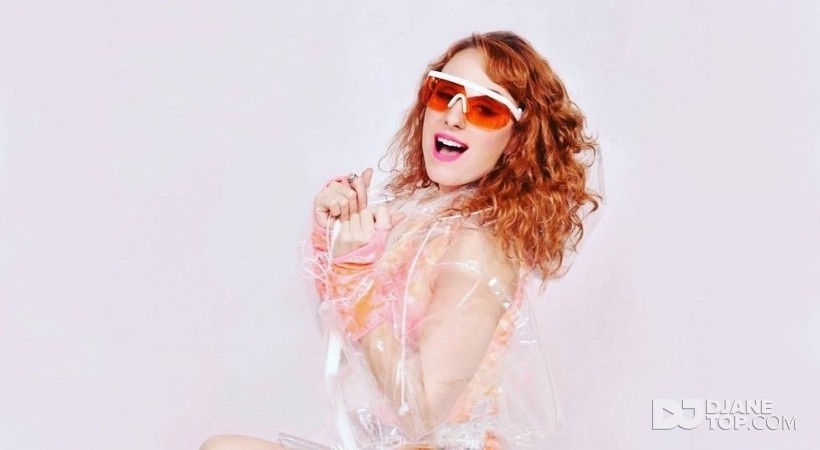 Is she from the future, or from the past? Amanda Darling, The Time Traveling DJ™, is a mysterious inter-dimensional space traveler who journeyed to the current age with the sole intent of uniting the world through music. Enchanting audiences with her mixing abilities, Amanda Darling conjures up magic at every show. With raw passion and unrelenting energy, she stands out as a remarkable artist within the EDM dimension. Having built a loyal following in the Trance world, Amanda Darling is now integrating a 2nd genre of music called “Future Wave”, which takes its inspiration from synth pop of the 1980’s. She causes audiences to fall under her spell with the use of original tracks and live instruments. With her full length album “EXIST” now available, and with her new single “Daydreaming at Night” out now, Amanda is a burgeoning force in the dance paradigm.

Amanda plays the keytar and the KORG Kaossilator Pro live during her DJ sets. She has completed diverse creative works including Earth Tones (2016), EXIST (2017) and Daydreaming at Night (2019). She has collaborated with Shardad Rohani, one of the most respected Classical-style composers alive today. She has become well known in the Los Angeles area, having performed on the main stage at top night clubs including Avalon Hollywood (Resident) and Exchange LA. She also performed in Nevada (EDC Las Vegas), Utah (DAS Energi Festval) and internationally in Korea (ULTRA). She has shared the stage with some of the top names in the industry, including BT, Hardwell, Heatbeat, David Gravell, Omnia, Jordan Suckley and radio mogul, Judge Jules. She has been a regular on Los Angeles FM radio, and has her own popular monthly podcast, AXION.

Amanda Darling’s vision combines retro nostalgia with cosmic visualizers and one-of-a-kind storytelling. Her sound is irresistibly fun, with a hint of spirituality – like an 80s dance party ending with a glimpse into infinity. Come dive into Amanda Darling’s world and embark on a quest for music like you’ve never seen before!